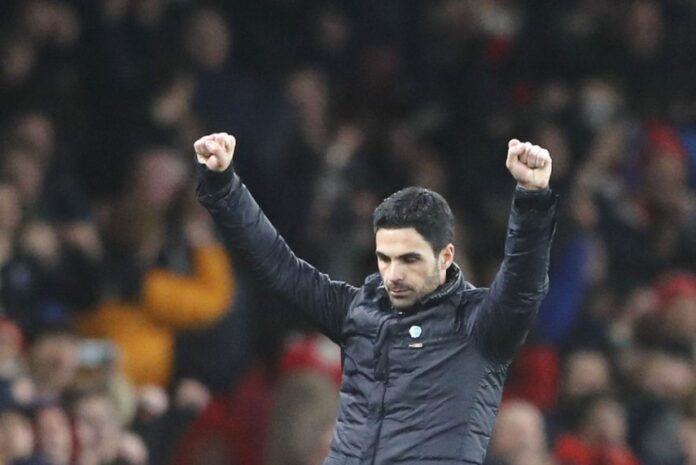 Arsenal has already started doing their business for next season. The Gunners have already signed free agent George Lewis. The player will travel to North London soon and join Arsenal’s U-23 side. The 19-year old impressed in his trials. Therefore, as a result, he was signed by the Gunners. He will join their U-23 side for now and will hopefully catch the eyes of Mikel Arteta.  This could help him get a breakthrough to the first team next season.

Lewis is a very skilful winger who likes to glide past defences with pace and stark ball control. The youngster plied his trade in Norway in the lower leagues. He has featured for clubs like Tromso IL and Tromsdalen.

Geroge Lewis is originally born in Kigali Rwanda and spent some time with Ipswich Town last year but he impressed the Arsenal bosses when he trained with the club’s youngsters. The coaches were mainly impressed with him due to the versatility which he adds to the team. Lewis can play anywhere up front and his ability to accelerate at will makes him a very dangerous prospect.

Arsenal kept the player in their radar for some time now and were on the verge of calling him for trials even earlier as reported by Norweigian news outlet, VG and now the club has announced that they have finalized the deal with the forward.

However, George Lewis isn’t the only youngster Arsenal boss Mikel Arteta is looking to recruit right now. The list includes a lot of other talented players from all over Europe and one of such players who is linked with the Gunners is Paris Saint Germain’s French starlet, Adil Aouchiche.

The Latest Update On The Deal With Arsenal

The 17-year old attacking midfielder is hailed as one of the best talents to come out of Ligue 1 for a long time and has featured in four matches for the French champions this season.

Aouchiche has attracted interest from French Ligue 1 clubs like LOSC Lille and Saint-Etienne and both the clubs have reportedly spoken with his agent. However, his high wage demands are hindering the progress for the above mentioned French sides.

There lies the opportunity for Arsenal to pounce on. Arteta is impressed with the youngster and wants to bring him to the Emirates this summer as he builds his new legacy focusing mainly on the mixture of youth and experience.

Aouchiche is reportedly demanding €4m transfer fee with a whopping wage bracket of around €25,000-per-week. His family currently is also pushing the 17-year old to leave the French champions and join another European club where he can feature regularly from next season.

Our Verdict About This Signing

This seems like more of a PR deal than an actual signing. The player is in the fifth division of Norway. The only positive part of this move is that he is originally from Rwanda. Due to this, it becomes more of a method to reach out to people and promote their cause. This is not a real signing unless the player produces a miracle. The chances of that are highly unlikely.