Former Liverpool and Tottenham striker Peter Crouch has retired from all forms of football at the age of 38. The attacker who made a name for himself during the early 2000s has finally hung up his boots and said goodbye to football. The former England international was known for his finishing and athletic ability, despite being quite tall (6ft 7in).

He had made a name for himself during his days with Southampton and was wanted by a host of clubs back then, with the Reds eventually signing him. Over the years, the player did eventually join a lot of clubs making small contributions.

Crouch, who started off at Spurs, also had another late spell with them at White Hart Lane. He represented clubs like Portsmouth, Stoke and Burnley in more recent times. He was also part of The Three Lions’ squad between 2005-2010, making his debut against Colombia back in May 2005.

He was not the best striker at the international level, but gloated of a decent record. he had managed a total of 42 caps to his name, scoring 22 times for the country. His performances at various levels brought him a lot of recognition and it was quite impossible to ignore his presence. 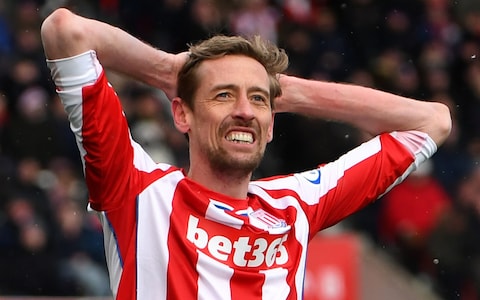 He had also made a name for himself with some amazing goals that he scored during the course of his club career and is slowing trending towards becoming a football Pundit. He has already written a book and is now set to release a second one soon.

The forward managed a total of 108 top-flight goals in 468 appearances, over the years. He played for a total of seven different clubs. To add to that, Crouch also holds the record for the most headed goals in the history of the top flight of English football (51).

The attacker was part of the team at the 2006 World Cup in Germany, where he scored his first ever competitive goal for the England national team. The goal came during a 2-0 group-stage win over Trinidad and Tobago. Further, he was once again picked for the 2010 World Cup, which was held in South Africa. Though the team did not do great, Crouch looked impressive with his performances.

His best times were now behind him and he had given a lot to the game, over the years. Not a lot of players are capable of doing the things that he did on the pitch and he was a gentleman on and off of it.

With that being said, it was high time for him to say goodbye to the beautiful game and move on to bigger and better things in life. In a recent post that he put up on Twitter, the attacker stated, “After a lot of deliberation this summer I have decided to retire from football. Our wonderful game has given me everything. I am so thankful to everyone who helped me get there and to help me stay there for so long.”

“If you told me at 17, I would play in World Cups, get to a Champions League final, win the FA Cup and get 100 Premier League goals I would have avoided you at all costs. It has been an absolute dream come true.”

The fans sent out heart-felt messages out to the player, who had once been a well-liked player. He will surely be missed. All those headed goals. Cheers to a great career. There will never be another Peter Crouch!!