Gonzalo Higuain will be a Chelsea player till the end of this season. The star Argentine attacker was on a loan period at AC Milan in the first half of the season and now he will play the rest of the season in Chelsea colours. The way things were going for Chelsea, a centre forward was much needed for the club in this January transfer window. The two centre forwards Olivier Giroud and Alvaro Morata were not able to get goals in the important matches of this season.

The manager had to play Eden Hazard as a false nine in few matches also. However, the plan was not working as Eden Hazard was not comfortable playing in that position. So, the Blues were in desperate need of a centre forward in this winter transfer window.

Can This Signing Make A Real Impact For Chelsea In The Long Run?

Maurizio Sarri’s first preference as a new recruit was Gonzalo Higuain as he also worked with Higuain at Napoli a few seasons back. The chemistry between the player and manager has surely played a huge role in this deal. After signing for Chelsea, Gonzalo Higuain expressed his desire to give his level best in the field. He told,

‘I now hope I can give back that trust Chelsea has shown me out on the pitch. I can not wait to start and I hope to adapt as soon as possible.’ 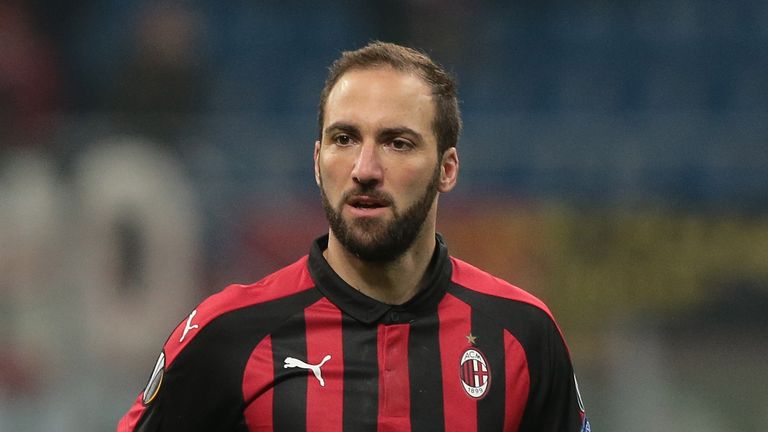 One of the Directors of the west London outfit, Marina Granovskaia was also delighted to announce the signing of Gonzalo Higuain on Wednesday. She stated,

‘Gonzalo was our number one target in this transfer window and arrives with a proven record at the highest level. He has previously worked with Maurizio to great effect and is familiar with how the coach likes to play.

Will Higuain Come Good For The Blues; Or Will He Fail Just Like His Predecessors

‘This was not an easy deal for us to do because of the numerous parties involved, but we are delighted we were able to make it happen and we look forward to seeing the impact Gonzalo will make for us in the second half of the season.’

However, Chelsea failed to sign the star Argentine centre-forward before 12PM GMT on Wednesday. So, Gonzalo Higuain will watch the match against Tottenham Hotspur from the Stadium and we can expect his debut against Sheffield Wednesday in the FA Cup tie on Sunday. 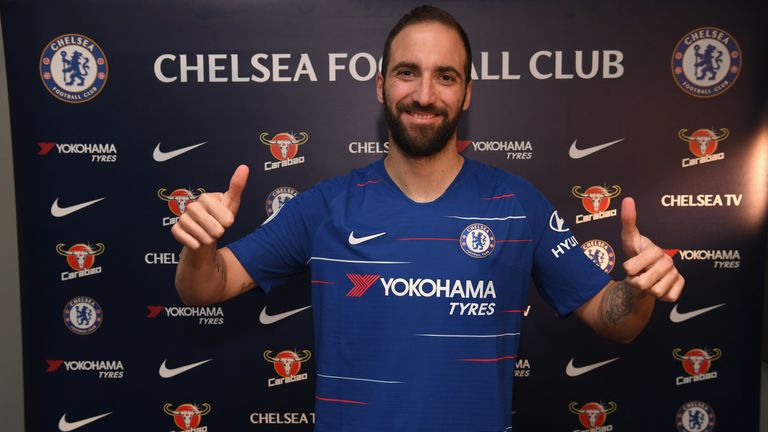 The 31-year-old star Argentine star will wear the number 9 jersey for the Blues. The success of Gonzalo Higuain at the domestic level will certainly give some confidence to the Chelsea fans. The star Argentine centre forward won the League titles in both Spain and Italy. Gonzalo Higuain scored 36 goals for Napoli in the 2013-14 seasons for Napoli under the management of Maurizio Sarri. These stats will certainly indicate the chemistry between the manager and the player.

Gonzalo Higuain will not be new to the system of Maurizio Sarri and this will hold a huge plus point in this deal, with the Italian manager now having a striker who can actually play the “Sarri-ball”. Only the age of the player might be a factor that can go against him, with the club’s board having their doubts on the deal due to the same reason.

However, he can well prove to be the best short term option for the Blues at this moment, as a lot of top players have done that over the years in the world of football.