According to the latest reports, Liverpool goalkeeper Adrian Miguel is set to undergo a bunch of intense training sessions this week during the international break before the restart of the season on September 14th.  The Spanish star joined Liverpool on loan just before the close of the English transfer window on a free deal and has helped the club win the UEFA Super Cup in a penalty shootout against Chelsea.

Jurgen Klopp has finally worked his magic at Liverpool since taking charge of the club from Brendan Rodgers back in October 2015. The German guided the Reds to their most successful season in the Premier League ever since the club formed back in 1892 as they lost only one game in the campaign and recorded a staggering 97 points. However, that was still not enough to end Liverpool’s 30 year-long wait for the Premier League title and dethrone Pep Guardiola’s Manchester City as they finished one solitary point ahead of Klopp’s side and pipped them to the title. 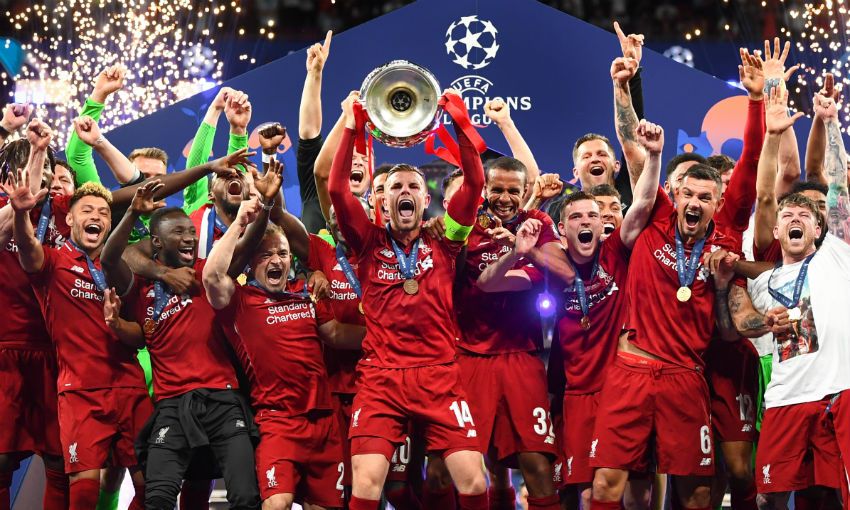 But it wasn’t all doom and gloom for Liverpool as they managed to win the Champions League title and bring the European crown to Anfield for the sixth time in the club’s illustrious history. Liverpool defeated Tottenham Hostpur 2-0 in the final and lifted the Champions League trophy for the first time in nearly 15 years to bring the delirium back to Merseyside. However, Klopp is eager to dethrone Manchester City as champions of England and end Guardiola’s dominance in the country.

This season, Liverpool sit at the top of the Premier League as they are the only team to keep their 100 percent record still intact after four games in the English top division. But there has been one major blow for Liverpool this term as they lost star goalkeeper Alisson Becker due to injury on the opening day of the Premier League. The Brazilian shot-stopper was absolutely immense for Liverpool last season, winning the Champions League and also winning the Golden Glove by keeping the highest number of clean sheets in the League.

That has given the chance for back-up keeper Adrian to fill in for Alisson as the Spaniard arrived in a last-ditch deal at Anfield. Adrian was brilliant for Liverpool in the Super Cup against Chelsea helping the Reds to the title by saving a decisive penalty from Tammy Abraham.

But if Liverpool are going to challenge for the title, they need Adrian to be at his very best because Alisson might be out for a bit longer. The former West Ham United goalkeeper made a silly error against Southampton which almost cost Liverpool a few points in the game at St Mary’s a few weeks ago. But Adrian kept his first clean sheet against Burnley in a 3-0 win over Sean Dyche’s team at Turf Moor on Saturday and that will do a lot of good for his confidence.

Now, as the international break is on for two weeks Liverpool is planning to put Adrian through intense training sessions to improve his ability with the ball at his feet.

This Wonder-Kid Could Change Liverpool Forever, Can They Sign Him?