According to the latest reports Premier League giants, Manchester United are keen on signing Wolverhampton Wanderers key midfielder Ruben Neves in the summer transfer window. The Portuguese superstar has been incredible for Nuno Espirito Santo’s side and having taken the English top league by surprise this season.

If there’s any club that has shocked anyone of us in the Premier League it has to be Wolverhampton Wanderers. The Dingles came up from the second division in English football winning the EFL Championship by a fair margin but the Premier League is much more competitive. However, Wolves have proved that they are a threat to behold and can compete in England’s top tier as well. One of the main reasons why Wolves are doing so well in the Premier League is because they have an extremely good footballing side blessed with some talented superstars. 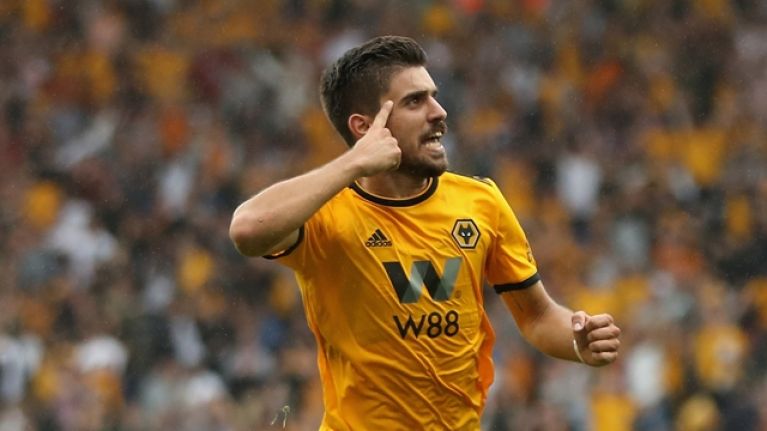 One of these key members in the Wolves side is midfield genius Ruben Neves, who has taken his game to the next level this season. The Portuguese star was known to score belting goals and he has not disappointed us this term rising to fame with many other high-quality attributes. In 26 appearances across all competitions, Neves has managed to score four goals and also notch up two assists in the process which is quite a stunning return for a defensive midfielder.

These impressive displays have kept Neves at the heart of Wolves’ midfield and plenty of top suitors have been monitoring his outings. One top club that is in the hunt for Neves is from the Red half of Manchester. Ever since Ole Gunnar Solskjaer has taken the wheel at Manchester United, there has been a tremendous change in fortunes for the Red Devils and even the atmosphere has changed around the club. The strugglers were doomed with their season considered over after Jose Mourinho left the club in shambles but Manchester United is a massive club that never seems to give up and have now found themselves in fourth place on the Premier League table after a run of positive results.

However, with the departure of Marouane Fellaini in the winter transfer window, United seem to be running short on midfielders at the club. Ander Herrera has stepped up his game over recent weeks but Solskjaer and the club still need re-enforcements if they are to bring back some of the glory days from the past. Ruben Neves has been identified as the potential player to slot in alongside French talisman Paul Pogba in midfield for the future of Manchester United.

There is no doubt that Neves is a top quality footballer and there is scope to play regularly away from the Molineux Stadium in the upcoming years. However, according to Express Sport, United will be able to make their move for Neves only if Wolves drop their value to a transfer fee of €100m. Although it is a steep price, the 21-year-old has shown maturity and skill beyond his age and it could only be a matter of time before he makes a move to the bigger clubs in the continent.