According to the latest reports, Tottenham Hotspur star midfielder Christian Eriksen could still remain at the English club despite interest from La Liga giants Real Madrid in the upcoming summer transfer window. Los Blancos may instead look to sign up Chelsea’s Eden Hazard or Manchester United ace midfielder Paul Pogba for Eriksen.

Real Madrid are in dire straits at the moment and it all began when star winger Cristiano Ronaldo left the club back in the summer of 2018 and joined Serie A champions Juventus in a £100 million deal. The Portuguese talisman scored 450 goals in nine seasons after signing from Manchester United and leaving the Santiago Bernabeu as the club’s all-time top goalscorer, but he also left a big void for Real Madrid to fill. The Spanish giants have struggled to find a big name signing and endured a torrid season this term.

Real Madrid are in third place in the La Liga table and have lost out to Barcelona in the race for the Spanish league title. Catalonians also dumped their fierce rivals out of the Copa Del Rey across two legs and Real Madrid were humiliated and exiled by Dutch side Ajax in the Champions League 4-1 in their own backyard. Los Blancos also sacked two managers over the span of five months and reappointed Zinedine Zidane to take charge of the club and bring back the glory days. 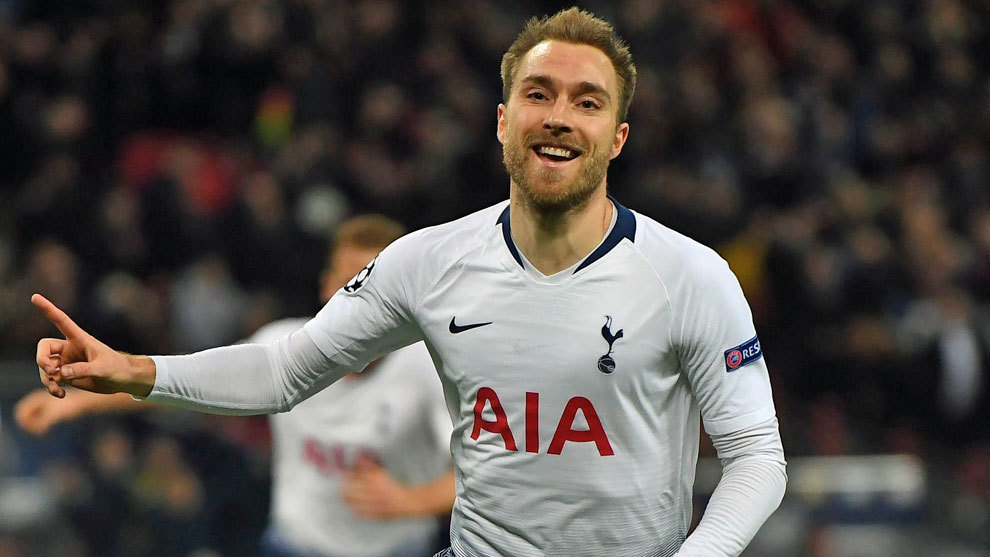 It’s no surprise that Zidane will spend big on the summer transfer window in order to lure big-name players to the Spanish capital. The Frenchman has been linked with moves for Chelsea talisman Eden Hazard as the Belgian has just one more year left on his current contract. With the Blues set to face a transfer ban over two transfer windows, the Belgian could leave Stamford Bridge to join Zidane’s side this summer. The two have hinted at admiration for each other and could work together next season.

Another star player who has been linked with joining Real Madrid is Manchester United midfielder Paul Pogba. The Frenchman is having one of the best seasons of his career but is still being dubbed as a scapegoat by the Manchester United faithful. The 25-year-old World Cup winner has stated that it would be his dream to play for Real Madrid and speculated about a potential transfer this summer.

Due to this, the Red Devils were also interested in acquiring the services of Eriksen, though it seems Los Blancos have now beaten them to it.

However, if Real Madrid manage to lure these two players, they may not really require the services of Danish midfielder Christian Eriksen. The 27-year-old play-maker has helped Tottenham Hotspur to the semi-finals of the Champions League and his performances this season have been worth a shot at playing for Real Madrid. Eriksen still has one year remaining on his contract with Spurs and with the new stadium and fresh energy around the club, he could decide to continue playing in North London despite interest from Real Madrid. Eriksen is valued at around £60 million but his numbers for Spurs are much more important as Real Madrid are still monitoring his situation. Eriksen has nine goals and 13 assists across all competitions for Tottenham this season.