According to the latest reports, Premier League giants Manchester United are keen on securing the services of Olympique Lyonnais superstar Moussa Dembele in the upcoming summer transfer window. However, the Red Devils will face stiff competition from fellow English rivals Arsenal in the hunt to sign the goal-scoring sensation.

Manchester United seemed to be in a shambles early on in the season when Jose Mourinho was in charge of the club. The 56-year-old Portuguese manager instilled a very defensive philosophy into the club which did not go down well with the United faithful. With poor results showing for torrid performances, the ‘Special One’ was given the sack back in December. United then turned to a familiar face in the form of Ole Gunnar Solskjaer to take over the reins and add some stability to the club. 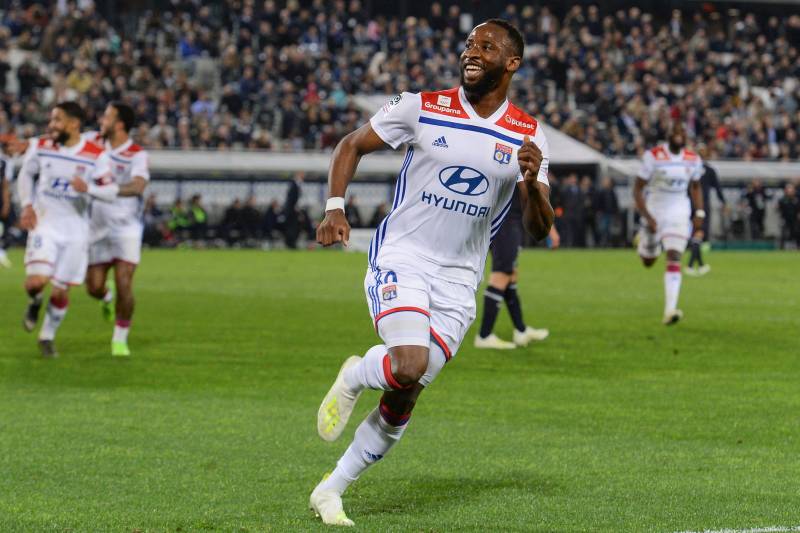 The Norwegian had an immediate impact with United in his first few games in charge of the club. The 46-year-old guided the Red Devils to the quarter-finals of the Champions League in dramatic fashion after a stunning comeback against Ligue 1 giants Paris Saint Germain. After trailing 2-0 in the first leg, Manchester United went on to win 3-1 at the Parc des Princes and progress through to the next round. It was surrounded by positive results in the Premier League and United were in contention to finish inside the top 4. Solskjaer was then handed the Manchester United job on a permanent basis but things have not gone the desired way ever since.

The Red Devils finished sixth in the Premier League table and suffered some humiliating defeats towards the latter part of the campaign. Even La Liga giants Barcelona dumped United out of the Champions League and the Manchester outfit now have a major task on their hands to get back to the glory days of the past. Solskjaer has to be up for the challenge and recruit sensibly in the upcoming summer transfer window to bolster a rather depleted and weak-minded Manchester United squad. The 46-year-old Solskjaer has claimed that he will get rid of unwanted players at the club and bring in high-quality signings to allow some growth and progress to eventually push for titles and honors.

One area that Solskjaer wants to improve on is his attack and the Manchester United manager wants to sign a top-class attacker and is in the process of lining up a move for Lyon forward Moussa Dembele. The Frenchman has scored 20 goals for the Ligue 1 outfit this season and has attracted interest from several suitors on the European continent.

United forwards Anthony Martial and Romelu Lukaku are linked to leaving Old Trafford in the summer and Solskjaer would prefer luring in a goalscoring forward to get back into the Champions League next season. Reports claim that the English giants have already begun negotiations with Lyon over a possible £43m deal for Dembele in the summer. Dembele would add strength, pace and a different dynamism to United’s attack if he joins the 20-time Premier League champions in the summer transfer window.

Arsenal Midfielder Wanted By Another Club Now, What Will Emery Do?