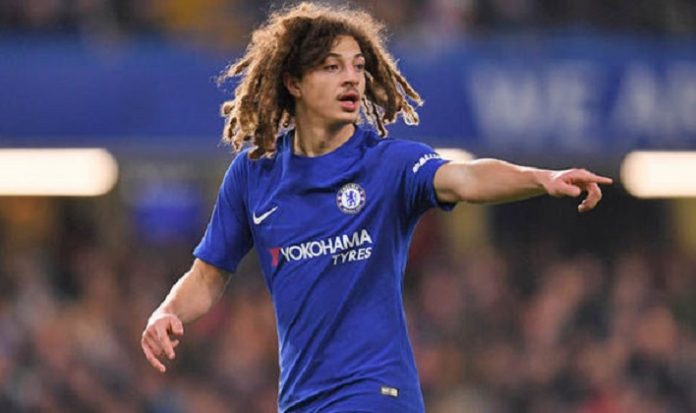 How does it feel to lead the table from the top? Well, ask the Chelsea supporters. Chelsea are leading the league table before the kick off the sixth game week. Though the Reds are also with the same point, Chelsea have more goal difference than the Klopp’s side. The arrival of Maurizio Sarri has given the side a rejuvenating power and Chelsea look damn dangerous to clinch off the trophy.

Though the new manager doesn’t prefer to do many changes in the squad, it seems he values the future potential. The teenage guy Ethan Ampadu is given a new five-year contract and the is seeing secured for the Blues. The 18-years-old is versatile by nature. He can play both in defence and midfield. Though he has made only one Premier League appearance for Chelsea since joining from Exeter City in 2017, Sarri has no doubt on his credibility that’s for sure.

The Welshman has mostly seen (seven times) in the cup games, and yet to play for Maurizio Sarri’s team this season. He made his international debut in the starting of this month in the 4-1 win over the Republic of Ireland. It was his stunning assist to Aaron Ramsey which attracted the eyes of critics and burned the gossip market. Ampadu was still only a boy when he got lined for the senior squad.

He was 15 years, 10 months and 26 years old, a schoolboy, making him the youngest player in the club’s history. The kid was promptly snapped up by Chelsea and he quickly came to the attention of former manager Antonio Conte. The Italian manager knew right away that the Blues had a prodigiously gifted talent on their hands. As Perryman said that In a midfield of three men, one just defends, one who just gets forward and one who does a bit of both and Ampadu belongs to that both category according to him.

He also said that when he (Ampadu) plays against players who are a lot older, he goes better by coming onto the ball and playing in defence. Ampadu can play in both the ways and he will be better in that position until he gets older according to Perryman. According to the club director Marina Granovskaia, Ethan has shown some great potential and unbelievable maturity since his arrival at Chelsea a year ago. She also said that he has convinced a lot of people with his exceptional quality and mentality and they may look forward watching him and developing into a key player for the club over the coming years.

Chelsea have a dark history of discarding world-class talents like Mohamed Salah, Kevin De Bruyne and Romelu Lukaku. However, the contract extension is clear proof that the Blues are not up to making another blunder and repeat the same mistake with Ampadu.

Chelsea are gonna face West Ham tomorrow in the Premier League after which Liverpool will be against them in the Football League Cup on Thursday. Though they may be seen without Pedro who have suffered a shoulder injury at the Europa League match.

Revealed: The Swap-Deal That Frank Lampard Is Quite Eager To Complete

Confirmed: Defender Could Join Chelsea In The Summer