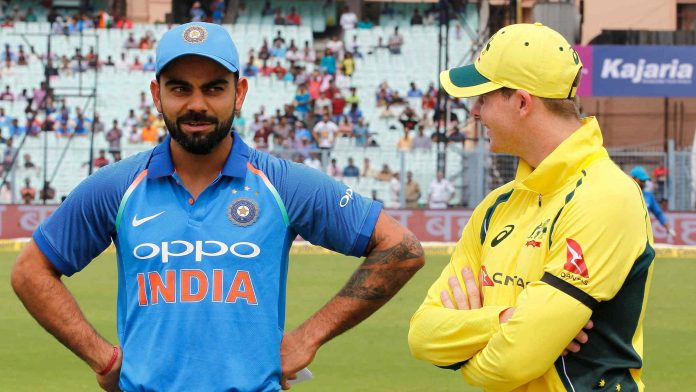 The IPL and Virat Kohli verdict- West Indies cricketer Daren Sammy answered few questions of ESPN Cricinfo in the lockdown period and some of his answers were very much straight forward. In the talk show of ESPN Cricinfo, Daren Sammy had to choose one between two options provided to him by the anchor. Few questions were really tricky for the player, but he managed the talk show quite smartly.

Daren Sammy was asked to choose between Virat Kohli and Steven Smith. Sammy chose Virat Kohli over Steven Smith. This was certainly a tricky choice that he had to make. The Cricket analysts are always divided into two poles when they start to compare between these two players. They are certainly two best players among their generation. So, it’s really difficult to choose one out of these two. Virat Kohli has a sensational record in limited-overs’ cricket whereas Steve Smith has donned in Test cricket with flying colours. So, for all cricket lover both of these players hold a special place in their hearts.

What Daren Sammy Went On To Add About The IPL And Virat Kohli?

Daren Sammy’s IPL career has not been quite smooth over the years. He played for many franchises in this tournament. However, he has never been able to settle in any franchise. He has not regular in the first XI of these teams. On the other hand, his record in PSL is better than IPL. He has performed quite well for his franchise Peshawar Zalmi. That’s why the player has chosen PSL ahead of IPL.

How The Interview Was Concluded?

The anchor asked which one he likes the most – batting or bowling. Daren Sammy chose batting over bowling in this case. His choice between Joe Root and Kane Williamson has also been quite clear. Sammy picked up the New Zealand captain ahead of Joe Root. Darren Sammy was also asked about his food choices too. He had to choose one between cheese and chocolate. Sammy chose chocolate over cheese here.

The lockdown has been quite difficult for all the cricketers. Still, they have tried their best to entertain their fans through these video chats.

Avi Barot, Wicketkeeper-Batsman Of Saurashtra Passes Away Due To Heart-Attack At...

Update On The Future Of Dinesh Karthik; With Syed Mushtaq Ali...