Arsenal boss Mikel Arteta needs to sell half of his squad according to former Gunners man David Bentley. Since the return of the Premier League Arsenal were winless (back then) and has lost that little chance to qualify for next season’s Uefa Champions League. Arteta’s side lost heavily against Manchester City at the Etihad Stadium before losing against Brighton last weekend.

David Bentley, speaking exclusively to 888Sport said, “I do not know what the thinking is at boardroom level because Arsenal needs to ship out half the team and get a good core in. That is difficult but can be done. The major problem is that we don’t know if they are singing from the same hymn sheet at the boardroom level.”

Bentley pointed out David Luiz as a symbol of the club’s current form. The Brazillian put up one of his worst performances of his career against Manchester City in their 3-0 defeat. The former PSG centre back also saw Red in that game to put his side into more troubles. That did not affect much in his cause as he got a fresh new contract to stay at Arsenal in the next season as well. That has raised questions about what Arsenal are looking to do in the near future.

What He Further Went On To Add About Arsenal?

“I do not know if it is because of a lack of preparation in getting players in but the recruitment with the back four is a problem. It always has been. David Luiz is problematic. He is a great technical player but if you want to bring the youth through and create a winning mentality is he really the type to help with that? I was surprised by the new contract.”

“I do not know why they did not look to bring in Gary Cahill or someone like that, over David Luiz. Maybe Luiz is more fashionable. Cahill has the core ability and has been there and done it. He would have been more of a fit for Arsenal.”

Bently showed the example of Liverpool and Manchester City of how they have built their side from a mediocre team to a world-class side in the last few years.

“You look at Liverpool – and Manchester United are trying to do it – and they build a solid foundation that allows the players to express themselves. If you have solid back-four and solid spine of the team it’s easier for the young players to step into that. Instead, Arsenal leak goals and look vulnerable.” 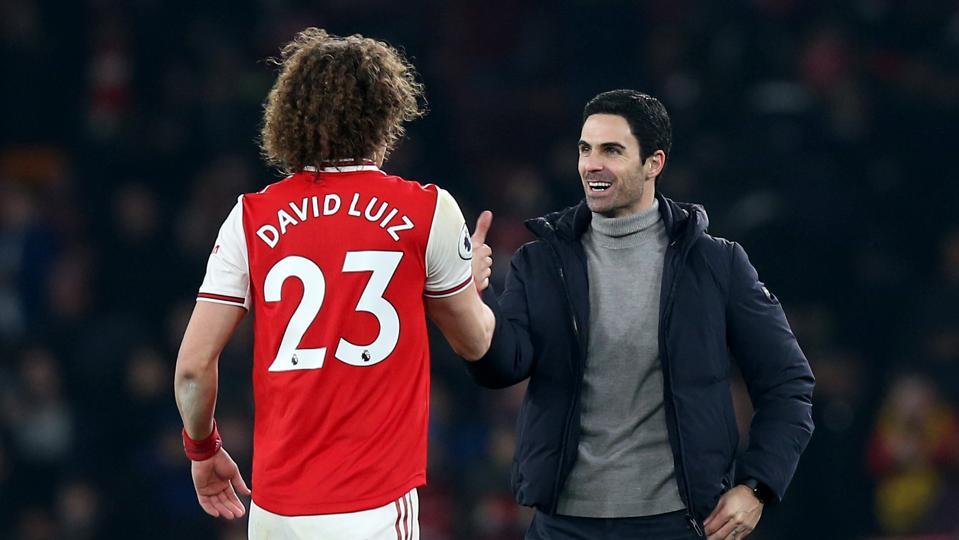 Arteta is adamant that David Luiz is a leader of their team without the armband. To have an experienced man like him on the team is a good thing. The Brazilian did come back strong in the next few games. He further went on to extend his stay at the Emirates. This indeed was a surprise for some of the Gooners.

However, with the way that the team has been in recent times, things look good. It will be interesting to see how long this good form lasts.

An Analysis Of Manchester United’s Clash With Arsenal, What Were The...