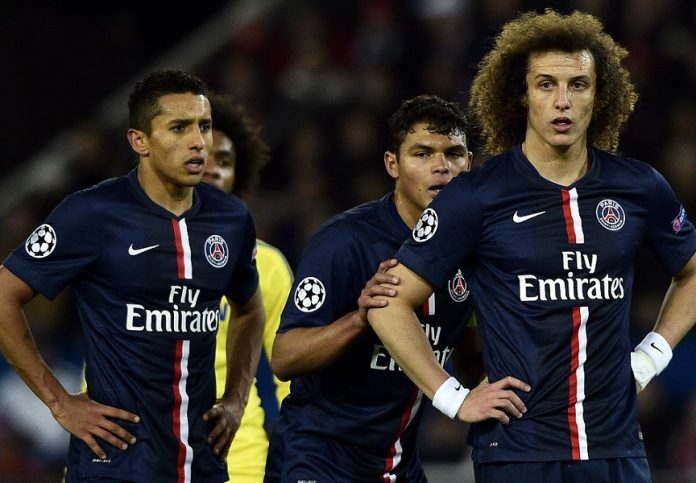 It has now been confirmed by Italian outlet Tutto Mercato that former champions of England, Chelsea are having talks with Brazilian defender Thiago Silva, who is currently with Ligue 1 holders Paris Saint-Germain. The report states that the 32 year old centre-back was in talks with PSG regarding a contract extension, prior to the Blues’ interest in his services, which has halted the on-going process.
Manager Antonio Conte is intent on fortifying his defensive line for which he wants to add Silva to his roaster, as soon as possible.
The Italian manager feels the need to add more leaders to his current team to guide them to glory once again in the 2016/17 season.
After the deadline day transfer of David Luiz from the French giants, the west London outfit are looking to steal one more star defender in a matter of just months.
Silva made the move to the Parc des Princes from Serie A outfit AC Milan back in 2012 for a fee of around €42m, though his price at the moment is about just €16m.
The odds of Silva moving to Stamford Bridge is 1/5 and the ideal plan from Silva’s side might be to increase the pace of the contract negotiations with his present club, if both parties want to make more money.
Though the Londoners look desperate to sign a quality defender in the new year, after a shaky start under Conte, their preferred choice would still be Italy international Leonardo Bonucci, with Silva being termed over-rated by many and out of form in recent times.

Former Chelsea Target Unhappy With The Management Of Barcelona