The David Warner Story- The IPL 2020 tournament recently concluded and the Mumbai Indians came out on top. The other three teams in the top four were the Delhi Capitals, Sunrisers Hyderabad and the Royal Challengers Bangalore. Though the competition was a close one, MI seemed to be the team in control. The team from Mumbai managed to retain their crown rather easily.

However, IPL 2020 is done and the BCCI will be focused on IPL 2021. The tournament is said to be hosted once again in India, though nothing is final yet. The tentative dates/months are around April-May, as per the announcement of BCCI President Sourav Ganguly.

What Next For The Teams In The IPL; What Will Happen Now?

With that being said, there have been rumours of a potentially ninth team joining the ranks. The stories were doing the rounds since the end of IPL 2020. 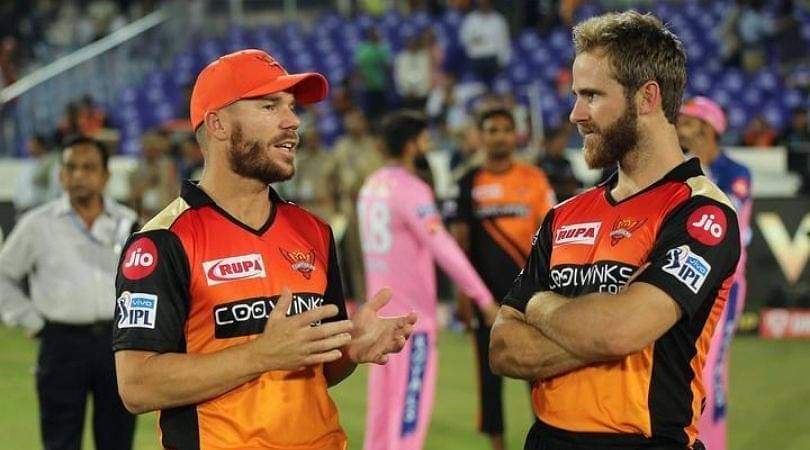 To add to that, the news also confirmed the possibility of a mega-auction in that case. More teams obviously mean more players, in short meaning more matches.

Keeping that in mind, the fans were really excited too about the news and wanted to know more. On the other hand, some of them were concerned about their existing teams, with the special talents that they have.

The Conversation With David Warner And The Kane Williamson Topic

Fans tend to have their own set of concerns, regarding their favourite players in the team. They keep asking the team and players for responses. Sometimes in their free time, the players or management tend to respond too.

Such was the case when a fan asked David Warner about the future of his player and New Zealand skipper Kane Williamson. The batsman who has been in and out of the SRH team this term was the hot topic of discussion.

Well, the way that Warner cleared the air for the fans, showcases that he does not want Williamson gone. He is a smart player and loves this team. Also, he does not really care who is captain, as long as it benefits the team.

Similar can be said about Kane Williamson, who has always been supportive of the team and its decisions. He also helped them in a dire situation with some key runs in IPL 2020. One of the main reasons that the Sunrisers Hyderabad (SRH) reached the second qualifier, along with skipper David Warner.

With that being said, the fans will want to keep hold of all their key players. This will surely include David Warner and Kane Williamson both. On the other hand, they will want some new and fresh talent added to their squad. However, one thing that needs to be remembered is the fact that Kane Williamson can be a leader too. If a new team comes into the tournament, he could be asked to lead them. It all depends on what the BCCI has in mind and how things go moving forward.

For now, David Warner is the main-man at SRH, along with his deputy Williamson. The fans love both and would want both to stay. The Aussie international confirmed he will. Despite that, only time will actually tell.