According to the latest reports, Liverpool have officially offloaded teenage superstar Bobby Duncan to Serie A side Fiorentina today following his deterioration with the club. The 18-year-old forward has been involved in a saga that pushed him further down the pecking order at out of the Merseyside club as Fiorentina paid £2m upfront.

Jurgen Klopp has finally worked his magic on Liverpool since taking charge of the club back in October 2015. The German boss guided the Reds to their most successful campaign ever since the club formed back in 1892 as he finished last season with 97 points and lost just one game in the Premier League against Manchester City. However, that was still not enough to topple Pep Guardiola’s Manchester City team as they managed to defend their Premiership title by just one solitary point pipping the Reds to the title. 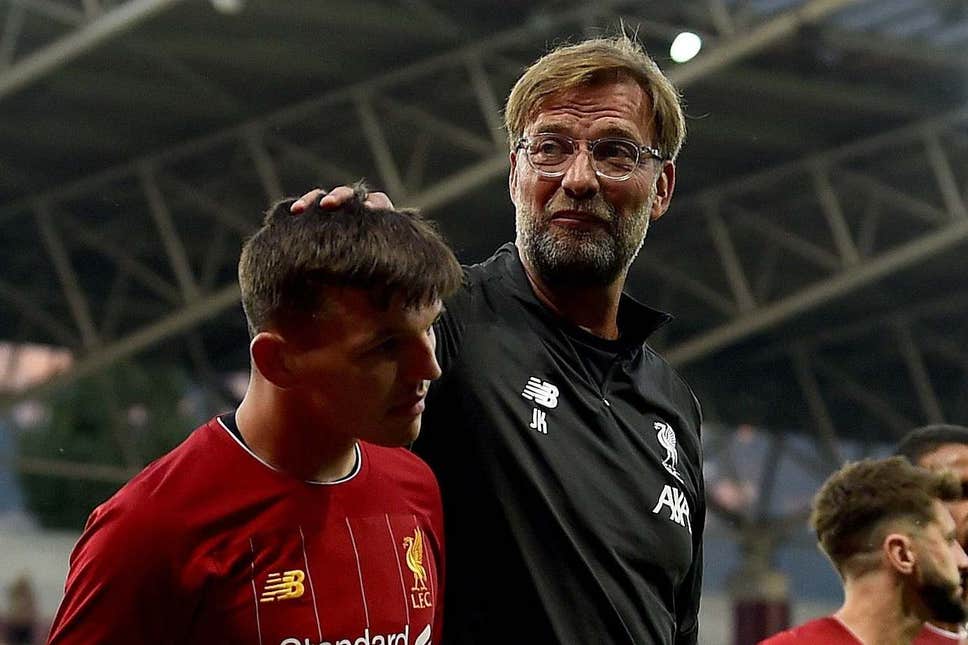 But it was not all doom and gloom for the Merseyside giants as they managed to win the Champions League in the summer and return the European trophy back to Anfield for the sixth time in the club’s illustrious history. Liverpool beat Tottenham Hotspur 2-0 in the final of the competition to win the Champions League but now Klopp is eager to dethrone Manchester City as the champions of England.

The Reds have gotten off to a great start in the Premier League this season as they are the only team to keep their 100 percent record intact in the English top division by winning four out of a possible four games so far. Liverpool sits at the summit of the Premier League and looks solid contenders to go on to lift the title at the end of the term. Klopp’s team also managed to win the UEFA Super Cup against Chelsea earlier last month and almost everything seemed to be going right for Liverpool until the Bobby Duncan situation last week.

Only a few days ago, reports claimed that Liverpool were firm in their stance that the 18-year-old Bobby Duncan, scorer of 32 goals for the under-18s in his first season since arriving from Manchester City, would not be leaving. That was in the light of what was considered a rather “derisory” offer from Italian outfit Fiorentina, essentially a loan deal with no obligation to buy and no penalty clauses should Duncan not play for the Serie A club.

This then prompted Duncan’s agent Saif Rubie to post a lengthy statement on social media to seek awareness, claiming Liverpool had reneged on a deal and the player’s mental health had been affected as the Merseyside club banned him from making a move away from Anfield.

Liverpool boss Jurgen Klopp was then quick to launch a strong defence of their handling of Duncan, and all the young players at the club, stressing on how highly they rated Duncan, but over the weekend Fiorentina returned with an improved offer and Liverpool’s position changed as the relationship between the club and players deteriorated. Finally, Duncan made the move to Fiorentina on a permanent deal just before the end of the European transfer window on September 2nd.