The path to Premier League glory- The second division in England, better known to fans as the Championship, is no laughing matter. Highly competitive at its level, the Championship is followed more religiously than many top-flight leagues in Europe. For those who do not know, the format of the Championship and how it is played out.

Twenty four teams take part in this league with the main aim of gaining promotion to the English first division, which is the Premier League. Teams who finish in the top two spots after two legs of home and away fixtures in a round-robin format gain direct promotion into the Premier League.

While the four teams in the third, fourth, fifth and sixth spots have to go through a round of playoffs. The winner of this mini-tournament will be the third and final team to enter the Premier League. Two out of those four teams play against each other in a two-leg home and away format and the winners face each other in a one-off final at the prestigious Wembley Stadium. The story is about a team who overcame a two-goal deficit in the first round of the playoffs. They staged a remarkable comeback to secure their position in the final at Wembley.

The first leg was played at Pride Park, home of Derby County. It was with Leeds getting that all-important away goal to win the tie 0-1. This made Frank Lampard and his team’s job all the more difficult for the second leg. Elland Road was always a daunting place to visit and even more so for Derby as they had lost their previous three games at the venue. Things went from bad to worse at the early stages of the game when Liam Cooper’s shot rebounded off the post and fell kindly for Stuart Dallas who tapped the ball into an empty net as Leeds got a 2-0 aggregate lead. This meant that Derby needed at least three away goals to swing the tie in their favour. It seemed unlikely, impossible even but just before half-time Frank Lampard played his wildcard.

Lampard took midfielder Duane Holmes off and brought on Jack Marriott and this move turned the game on its head. Marriott instantaneously took advantage of the terrible mix up between Leeds Keeper Kiko Casilla and defender Liam Cooper and raced through with the ball and slot it home. Derby was back in the game and went into half-time with renewed hope.

Derby attacked without mercy in the second half and was rewarded within one minute of the restart. That was when Chelsea loanee Mason Mount improvised a beautiful finish to put Derby 2-1 up on the night. The club was bouncing and things got even better when they were awarded a penalty in the 58th minute. Harry Wilson, on loan from Liverpool, calmly slotted the ball past Casilla and the Rams were in the lead. 3-2 on aggregate. But there was more drama to be played out.

Leeds woke up from their trance and looked to find a foothold in the game. Four minutes after the Harry Wilson penalty, Stuart Dallas cut in from the left and curled the ball past the Derby keeper. He sent Elland Road into raptures once again. The match scoreline read 2-3, but the aggregate score was tied again at 3-3. This scoreline still meant that Derby would go through on the away goals rule.

So Leeds had to break the bank one way or the other and in trying to do so Gaetano Berardi received a second yellow card on 78 minutes and was sent off. The pendulum swung wildly in Derby’s favour and sure enough, the man who started the turnaround put the final nail in Leeds’ coffin on the 85th minute as Jack Marriott scored his second of the night giving Derby a 4-3 aggregate lead. There was still time for Derby defender Scott Malone to be sent off but this did not affect the outcome as Derby County staged an incredible comeback to book a place in the final at Wembley.

Derby County failed to gain promotion to the Premier League. It was Aston Villa who defeated them in the final. However, that night at Elland Road gave everyone hope. Maybe a mid-table club in the second division. Despite that, this performance uplifted everyone associated with the club. They are also fighting for a playoff spot this season under the leadership of Wayne Rooney. If given a bit of time we can hope to see them in the Premier League sooner rather than later. When this does happen, the night at Elland Road will be remembered as the turning point. 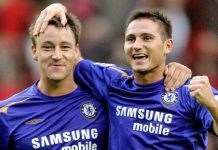 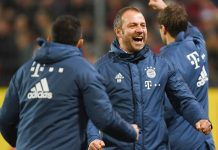