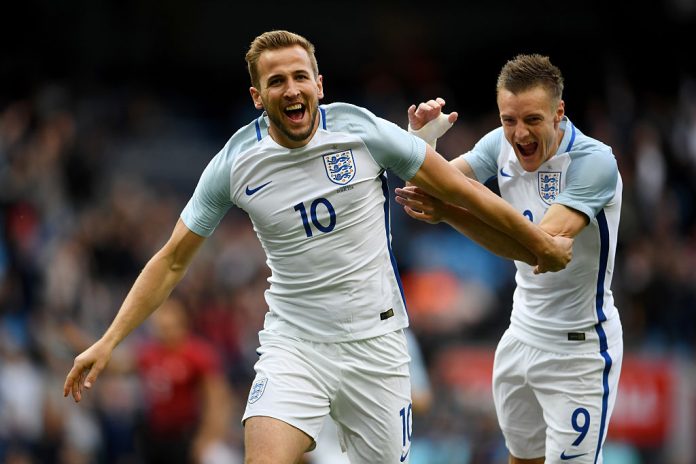 Though The Three Lions started off really positively in their game against Tunisia, they were not able to keep hold of that advantage, yet again and conceded a goal to take them back to square one. Harry Kane gave Éngland the lead in the 11th minute of the match, though Kyle Walker’s moment of madness, helped the opponents get a spot-kick, which Ferjani Sassi managed to convert, making it 1-1. What followed in the second half, were a few misplaced passes and over-ambitious long-balls, which resulted in nothing, as there was clearly a lack of co-ordination at times and things were not getting any better.

Eventually, the game ended with Kane once again stepping up and stealing all three points for his team, with a 2-1 win. Despite that, here are five major problems that were quite evident from this match, with regards to Southgate’s side-

5. Too Much Dependency On Kane

Any move that England were making involved Harry Kane and the name was synonymous with his team pushing forward. He also gave them the lead in the first half and though that was a really good thing, it wasn’t really. It did pay for them on the night, as he scored a brace and managed to help them secure the win, though there was a lot of dependency on the Spurs’ star and the other attacking players were just not in the game, as much as they needed to be.

It’s not that they were not making the passes or the runs that they needed to, yet there was nothing really impactful achieved out of it, for most of the match.

Ashley Young was totally ineffective on the night, as he did not seem to have the pace to trouble the opposition defence and was just playing passing football, to avoid having a go at them. He was not look his usual self with the ball at his feet and this proved to be a major problem for his side. Even the free-kick that he took in the second half, was far away from the mark and that would have been really disappointing for him.

On the other hand, Kieran Trippier did not make the kind of impact pushing forward as he would have liked to, though he did his job it can be said. However, if they wish to win some major games, then the full-backs really need to step up in the upcoming games.

Though Southgate did make the changes to bring on the likes of Rashford and Ruben Loftus-Cheek, the substitutes were not exactly what they needed, as they failed to influence the game in any possible way. The manager must have been hoping that they would at least create better chances or trouble the opposition, though it did not happen and eventually, Kane had to get the job done.

There were quite a few times in the game when it seemed that there was a lack of co-ordination between the players and a lack of complete understanding. Though that might be the case, as it was just the first game of the group stages and can only improve, if things do not change for the better, it might be the end of England’s World Cup campaign.

The midfield did not showcase any form of leadership in the match and the likes of Alli and Henderson were playing vaguely. The Liverpool star, who played most of the first half at the centre of the midfield, was moving towards the left to help Ashley Young in the second half. Though it might have been a tactical change and was smartly done, it did not really help their cause, as the dominance from the midfield area was just not there.

Tunisia found a lot of free space and if they had some quality going up front, they could have really troubled the English side. Also, there was no real intent from the midfielders and it was showing in their play, something that needs to change and fast.

Midfielder Reveals The Biggest Regret That He Ever Had In His...