The season is at the business end. The top four race in the Premier League is also over now. So, the clubs are eyeing for the future from now on as the summer transfer window is knocking at the door. Many players are said to be unhappy with their current clubs and could possibly move on with their career.

Here we will discuss about 5 players who might not play for their respective clubs in the next season.

Mesut Ozil is one of the top players who have ever played for the Gunners. After joining the Gunners from Real Madrid in 2013, Mesut Ozil has produced several great moments for Arsenal in the last few seasons. Though, from the last season his form has been dipped and since then his performance graph is on the lower side these days. Since then the club management of the Gunners are trying to send him to another club; but still there are no suitable buyers for Mesut Ozil because of his high wages. However, in this upcoming summer transfer window, the club management of the Gunners will try their level best to sell Mesut Ozil. So, we can say that Mesut Ozil is on the verge of leaving Arsenal next season. Aaron Ramsey, Petr Cech and Danny Welbeck are surely leaving the Gunners in the next season. 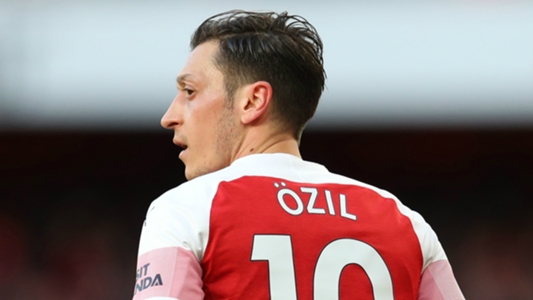 The rumours were on from the previous few transfer windows that Eden Hazard would be leaving Chelsea. We all know that the dream club of the Belgian star winger is Real Madrid and one or another day he will push for a move to that club. Eden Hazard has only one year left in the contract with Chelsea FC. The Belgian winger has still not signed an extension offer till now. So, it is almost certain that Eden Hazard will leave Chelsea after the end of this season.

Gary Cahill’s contract with Chelsea FC is going to end after the end of this season. The club management have shown no eagerness to extend the contract of the star English defender. Under the management of Maurizio Sarri, Gary Cahill is certainly not a regular starter; even his bench appearances have also been numbered in this season. The relationship between Gary Cahill and Maurizio Sarri has not been that well in the recent days. So,G Cahill will also leave Chelsea after the end of this season.

The star right-back of Manchester United, Antonio Valencia is also going to leave Old Trafford after the end of this season. Valencia is not a regular starter under the management of Ole Gunnar Solskjaer. Ashley Young and Darmian are the regular choices in that position for the Red Devils. So, it is also quite clear that Antonio Valencia will leave Manchester United after the end of this season.

There have been stories going around for quite some time now that Ilkay Gundogan is also on the verge of leaving Manchester City at the start of next season. The club management of the title holders are already looking for the replacement options in the midfield in the upcoming summer transfer window. With Pep not able to give him sufficient game-time, it is just a matter of time before this star is sold.

ABOUT US
Beyond The Posts is a US-based website which focuses on the big stories currently circulating across the globe. The aim of this website is to share multiple opinions with the audiences and the readers, which can co-exist in society.
Contact us: [email protected]t
FOLLOW US
Developed By Right Softwarewala