Chelsea are planning to bring in more defensive reinforcements and Bayern Munich and Germany international, Mats Hummels is an option for Maurizio Sarri. However, Chelsea are told not to sign the German defender in January in spite of having a defensive conundrum at the Stamford Bridge. Former footballer and pundit Steve Nicol feels that the German World Cup winner is not good enough for the Blues and does not have what it takes to play in the Premier League.

Sarri currently features David Luiz alongside Antonio Rudiger in his first team but the Brazilian is running out of contract and according to the club’s policy there will be a fair share of difficulty in extending his contract at the end of the season.

Other options like Andreas Christensen had not had a similar impact when he returned to West London from Bundesliga. He has been out of favour and when given chance he has failed to produce the goods expected out of him. There were speculations that the defender will leave Stamford Bridge in search of game time and FC Barcelona was a destination which was mostly linked with the Danish centre-back.

Hence the Blues have been linked with several centre-backs in Europe and one of them is the German World Cup winner, Mats Hummels. Steve Nicol is totally convinced that the 30-year old Bayern man is not the way to go for Chelsea.

Talking about the rumours that have been going around in the tabloids, he told ESPN recently, “He does not have the legs anymore. He does not make as good decisions anymore, there is no way that he fits in the Premier League for any team, never mind Chelsea.”

“So that is a definite miss.” 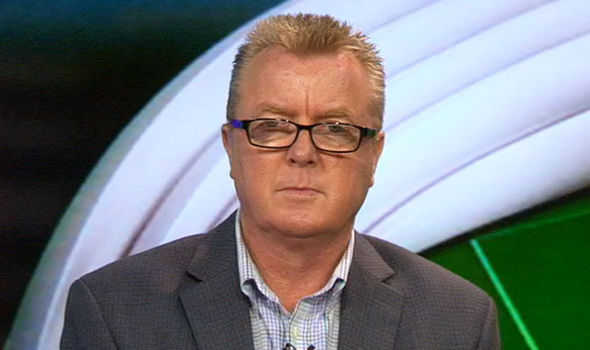 Whereas former Chelsea man Scott Mino feels that his former club should do whatever it takes to bring defensive reinforcements as soon as possible.

He told the Daily Star, “I do not think there is a lot they can do in January. Because the type of player that would have to improve Chelsea just doesn’t come around in the January window.”

“Obviously in defence the jury is still out on whether David Luiz can play in a back four.”

“I thought he did very well under [Antonio] Conte in a back three and even though that was a back three, there were times where there was one-on-one defending or his decision making was excellent, and if he can transfer that mentality into playing in a back four then he’s the best ball-playing centre-half in the world” Mino added about David Luiz.”

“But you need a defender who can defend and what we saw against Spurs just was not good enough. So maybe [they need to sign] a centre-back.”

The current options are not something Maurizio Sarri is completely pleased with. David Luiz is already 31-year old and the club’s policy doesn’t allow the Italian to extend the contract of his best defender. Then, youngster, Andreas Christensen is also not getting the game time he would have wanted and has lost the golden touch which he once had after returning from Borussia Monchengladbach.

Hummels is already 30-years old and has been in his best this season under the tutelage of Niko Kovac. Bayern have faced the consequences of their defensive fragilities as the Bavarians most of the time struggle against teams playing on the counter with pace on the wings. Hummels when on his own is definitely one of the best defenders in the current generation but at this point of time considering his form and his age it will be a no-brainer for Chelsea to make a move for Mats Hummels.

Wow! Former Manchester United Main-Man Could Be On His To Way...