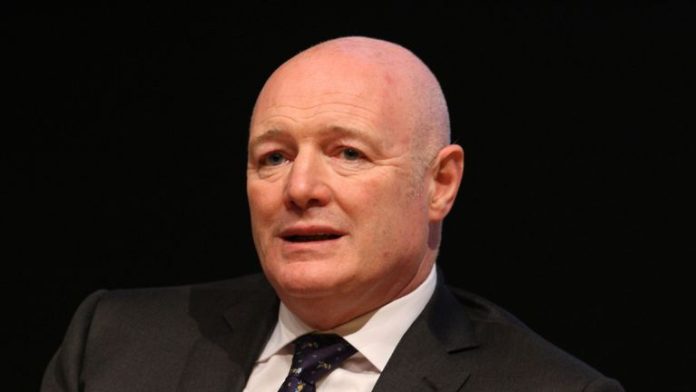 When it comes to own a club, this man really doesn’t let his efforts down. As the news are suggesting the former Manchester United and Chelsea chief executive Peter Kenyon is gonna make his first moves in a bid to buy Newcastle United from Mike Ashley. As the sources claiming, the director of Opto Advisers which is a sports consultancy business, Kenyon is believed to have the preliminary talks with Ashley over a potential bid to buy Newcastle.

The offer is genuine is Kenyon is serious about his new venture. The bid may involve Kenyon taking a senior executive role at Newcastle.

This may end up Mike Ashley’s 11-year ownership of the club. This was a tenure that has come under much criticism in the recent days from the fans of the club. Ashley controversially renamed St James Park some years ago before changing it back after only a few seasons. The owner of the Sports Direct has also been criticised for several issues and one of them is lack of funding for Newcastle, especially recently in the transfer window. Newcastle has been for sale for almost a year now, though no serious bid has been lodged for the club since Amanda Staveley and PCP Capital Partners’ three offers, which were rejected at the beginning of 2018. No only Kenyon survives who looks to be a potential bid for the English club. Moreover, most of us may don’t know who this guy is.

Peter Kenyon is a boyhood Man United fan. Kenyon worked for a sportswear firm named ‘Umbro’ and made his way up to the ranks and become the director and chief executive. The man who made his name from zero. Back in 2016, The  Telegraph named the businessman as eighth in a list of the ‘10 most powerful agents in football’. They cited links between the businessman and so-called ‘super agent’ Jorge Mendes, who has close links with Jose Mourinho and helped Wolverhampton Wanderers sign a number of Portuguese players.

In 1997, Kenyon joined the Old Trafford and became the deputy chief executive and took a place on the board at Manchester United during the period when the Red Devils dominated the Premier League.

Then three years later, Kenyon was promoted to the chief executive position and it is claimed that Kenyon was influential in persuading Sir Alex Ferguson to remain on at Old Trafford beyond 2002 when the Scottish guy initially intended to retire. He was also at Stamford Bridge in his career graph.

During his six-year spell as chief executive in west London, Kenyon turned the Blues into an established top-four side in Premier League and made champions. He also attracted world-class players such as Didier Drogba, Arjen Robben and Andriy Shevchenko. It is claimed that Kenyon has approached a number of potential financial backers in recent weeks about the idea of buying Newcastle. It would be a fascinating scenario to observe whether the old tiger can again come into the ring or not. Newcastle may be on the verge of a new era.