According to the latest reports, Paris Saint Germain star winger Neymar Jr. could face a potential ban from the Champions League after his rant on social media site Instagram following PSG’s elimination against Manchester United earlier this month. The report claims that Neymar could be charged with insulting or molesting the referee as the Brazilian also took a lash at the people who use VAR (Video Assistant Referee)

It was a dramatic night at the Parc Des Princes when Premier League giants Manchester United visited the French capital. Paris Saint Germain put themselves in the driving seat to qualify for the quarterfinals of the Champions League after a rather comfortable 2-0 win at Old Trafford in the first leg of the Round of 16 tie handing United caretaker Ole Gunnar Solskjaer his first defeat as manager of the Red Devils. It was a relative easy task for the French champions in the second leg encounter as all they had to do was not lose by a margin of two goals to a depleted and injury-hit Manchester United team. But the score on the night ended 3-1 and Manchester United went through on the away goals rule. But there was late drama as the final goal scored by United which incidentally put them through was extremely controversial to say the least.

The player has been a target of Premier League giants Chelsea and the Red Devils in the past, with both clubs keen on adding him to their squad. Referee on the night Damir Skomina awarded the red half of Manchester a late penalty after adjudging that Diogo Dalot’s shot had struck the arm of PSG defender Presnel Kimpembe inside the penalty box after the use of VAR. Marcus Rashford stepped up and scored from the spot to send United into a frenzy and PSG fans into despair. However, some PSG players and fans believed that the refereeing was corrupt and unjust as they favored the English team.

Neymar, who was unavailable for both the fixtures against Manchester United due to injury was in the stands watching the horror show and took to Instagram to vent out his frustrations. The 27-year-old wrote on his Instagram story, “They put four guys that do not understand football to watch it in slow motion. This doesn’t exist!” Neymar went on to use foul language and profanity towards the referee and video assistants. He also labeled VAR a ‘disgrace’ but Neymar could now come under severe punishment for his behavior. 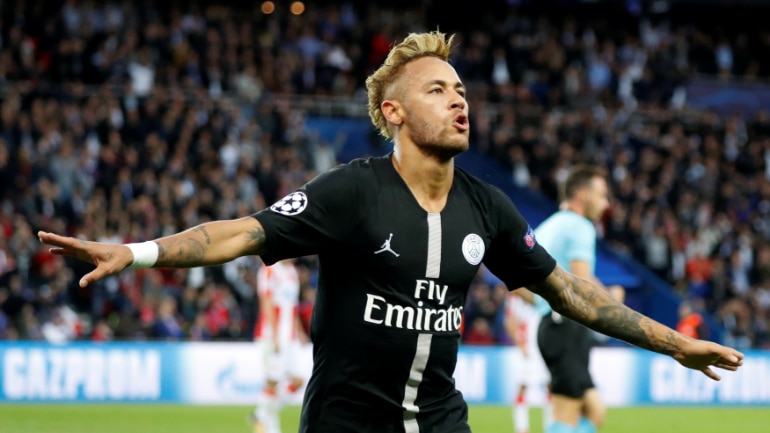 UEFA have now opened an investigation against the PSG star and a statement read, “Disciplinary proceedings have been opened following the Uefa Champions League Round of 16 second leg match between Paris Saint-Germain and Manchester United FC (1-3), played on 6 March in France. Player Neymar Junior – insulting / molesting acts against match official (statements made by the player following the above-mentioned match) – Art. 15 (1) (d) of the UEFA Disciplinary Regulations”

If Neymar is found guilty, he could suffer a three game ban in the Champions league for insulting the match officials on his Instagram stories. UEFA’s control, ethics and disciplinary body will look into the case as a date for the hearing will be announced soon. Only time will tell now what will happen next.