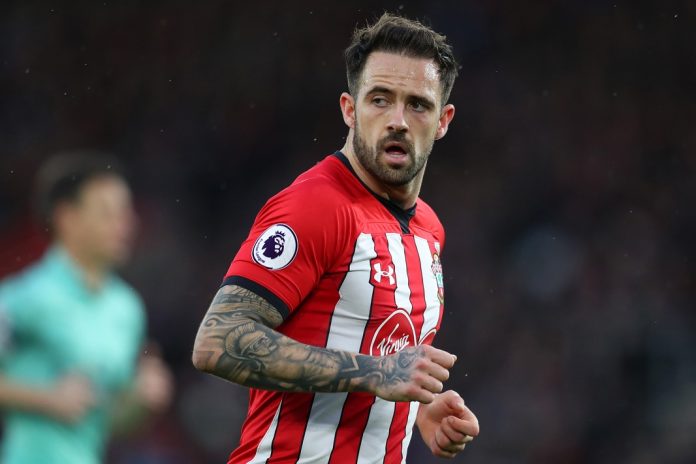 Former Chelsea and Republic of Ireland footballer, Tony Cascarino made a fiery revelation. He picks Southampton’s Danny Ings over Arsenal marksman Pierre-Emerick Aubameyang. That is if he was in a spot to pick one out of the two strikers. The former Borussia Dortmund man has failed to register himself on the scoresheet against Manchester City and Brighton since the Premier League restart. Therefore there has been criticism from everywhere. The 31-year old’s commitment to the club (Arsenal) has been questioned. This is as people try to understand where his future lies with only a year left in his contract.

Whereas putting his Liverpool days behind him, Danny Ings has been good for Southampton. This is especially in their 3-0 victory at Norwich City. The Englishman scored one and provided one assist. It inspired the Saints to go 10 points clear from the relegation zone. Aubameyang has scored 19 goals this season only two behind top scorer Jamie Vardy while Ings has 16 goals till now.

The Comments To TalkSPORT

“Having a player like Aubameyang is great, but he does not want to be at Arsenal, he is not committing himself to the club. I do not question him as a striker getting goals, he always scores you 20-plus a season.”

“This year he has got one more Premier League goal than Danny Ings, but Ings has given a lot more to Southampton, as we saw [against Norwich]. His commitment to the team, he has a desire that drives the other players around him and makes them a better side.

“That is one of the problems I see for Arteta, with players likes Aubameyang and Ozil. So, if I had a choice, I would take Ings over Aubameyang.”

Cascarino holds the opinion that Ings is more of a hard worker and provides more for his team that what Aubameyang offers for the North-London outfit. He feels that Ings has a shade of Roberto Firmino and the way the Brazilian involves himself in his team’s buildup apart from scoring.

Ings once turned out in a red outfit for Liverpool and was there from 2015 to 2019. He only featured for the reds 25 times failing to cement his place in the starting eleven. His progress was also hindered due to incessant injuries.

“When you look at Aubameyang’s numbers, they are extraordinary. But when you compare him to a player like Roberto Firmino for Liverpool, has not got the goals to say the likes of Luis Suarez and Fernando Torres did, but he does far more for the team.

“Danny Ings is like that, too, for me. He has done this all season. Let us not forget, Ings’ career has been wrecked by injuries and he has come back and looks so good, he just leads the line brilliantly. A consistent threat, even when the team is not playing well he is still trying his socks off. He also wants to be at the football club, he wants to be at Southampton, he wanted to leave Liverpool and go there to play football.”

Danny Ings joined Burnley in 2011 where he rose through the ranks and proved himself at the EFL Championship. He was voted the Championship Player of the Year in 2013/14 season. Subsequently, guided the Clarets to the English top flight. He flourished in the Premier League as well and therefore earning a move to Liverpool. He has been very unfortunate when it comes to international football as he has made only one appearance for the Three Lions.

Mesut Ozil All Set To Return To Real Madrid? As Arsenal...