Ex-Chelsea star Oscar was in talks with Serie A giants AC Milan and Inter Milan, as confirmed by the recent reports that have been coming in. The midfielder was looking to make a return to Europe and is keen on signing with one of the Italian outfits. He was one of the players who made a name for himself at Stamford Bridge, prior to his move away to China and is now seeking a return.

During his final years at Chelsea, there was no real clarity on his role in the team and he was under-used. Due to this, he eventually struggled in west London for some time and eventually left England. Since his departure, he has been playing for Shanghai SIPG and has made a total of 71 appearances, scoring 21 goals.

He has impressed the Italian sides and is now wanted by them, as they look to add more quality to their midfield. With that being said, the two clubs have been in talks with the player and have been focused on bringing him in.

The transfer rumour has been going on for months now, though there was no update on the deal. Moving forward, the player will be keen on a return to Europe and playing in the Champions League once again, after spending a couple of seasons with the Chinese Super League outfit.

Despite that, the player now feels that it is high time for him to make a comeback and is looking to possibly push through a deal. Ex-Chelsea boss Antonio Conte has taken over at Inter, while Marco Giampaolo is at AC Milan and both are trying to rebuild their respective sides.

Keeping that in mind, a move to the San Siro could still be on, with many of these top clubs looking to sign more talents. There is still some time left for the current transfer window to close and the clubs from Italy, could make an offer to bring him in. 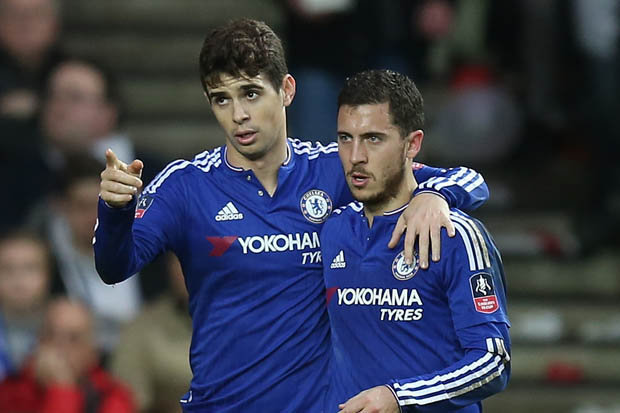 Whether the Chinese Super League club actually lets him leave or not, is another thing. He has put in a fair contribution for his current team and is a prized asset for them. The decision could change though, if the offer from Milan is really tempting.

Oscar joined the Blues back in 2012 and left the Londoners in 2017, winning multiple titles during his tenure at the Bridge. He is still a very capable player and will be keen on making his return to the Brazilian national side. His national team already won the Copa America title this time, after 12 long years.

Due to this, Oscar would like to make his presence felt and get selected for the national team in the near future. Another tournament will take place next year and he will want to get selected for the upcoming World Cup. Oscar is still just 27 and his career is far from over. Hopefully, he can complete his move to Italy and actually impress, so that he is once again picked by Tite. Only time will tell.