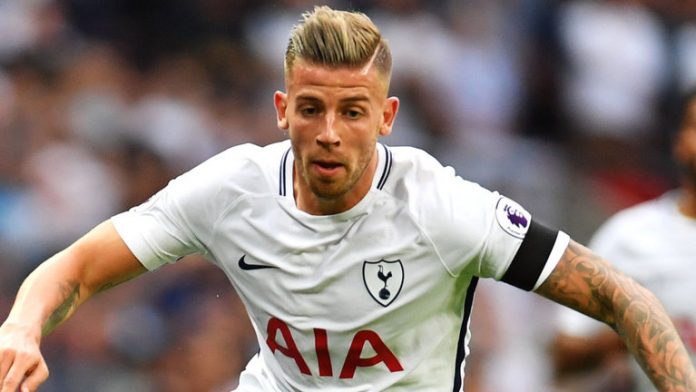 Manchester United’s former boss Jose Mourinho is trying to convince the club officials to finally ready a bid for Tottenham Hotspurs defender Toby Alderweireld. The Belgian defender has been linked with United over the few transfer windows as he was always a target for Jose but the Portuguese failed to convince his officials that they should splash the cash on the 29-year old defender.

Recording another shameful 3-1 defeat against Liverpool, the Red Devils defence has been in shambles throughout the season. Only a miracle can save their season from here on and if a defender like Alderweireld makes his way to the Old Trafford things will be a lot better for Jose and Manchester United.

In latest reports from the Sun suggest that the Portuguese tactician was piling up pressure on the board in pursuit of Spurs defender valued at around £40m.

Despite being 29, Alderweireld will be a massive improvement to the current crop of defenders they have in their ranks. One of the examples of the quality is that the Red Devils who are currently in 6th position have conceded 29 goals in 17 matches in the Premier League which is actually highest amongst the top 10 sides in the league.

That’s how desperately Manchester United want a new defender and Alderweireld still has two years of top-level football left in him. Although it will be interesting to see whether Spurs manager Mauricio Pochettino allow the Belgian centre-back to leave despite being a vital cog in his backline.

It is very evident that Alderweireld has not remained Tottenham and Pochettino’s number one defensive option. There is a definite rise in competition from Argentine youngster Juan Marcos Foyth. The 20year old defender has been a sensation and Pochettino has encouraged him sacrificing the Belgian at times.

Recently Toby Alderweireld has sent a wild hint for all the Manchester United fans. With gossip columns piling up rumours of the players Jose Mourinho wants to sign in the January transfer window, the Belgian defender came up with like on a tweet which read his move to United. It was a tease from the defender as the United supporters are now more hopeful about his arrival at Old Trafford once the transfer window re-opens in January.

The former Atletico Madrid defender has been a stalwart in defence for Belgium over the years. He played a crucial role in his side’s excellent run till the semifinals in the Russia World Cup. The Red Devils in international football played a historic match against Brazil where Hazard and co. came out on top, knocking out the tournament favourites.

Alderweireld was again fielded by national team manager Roberto Martinez in the all-important semi-final against France. The 29-year old’s performance at the Nizhny Novgorod was pretty commendable as Samuel Umtiti’s solitary goal made the difference between the two sides. The Les Blues then went on to become champions defeating a high spirited Croatian side.

However, all this talk is of no use as at the end of the day it depends on Jose Mourinho if he can win this internal battle going on at the club. But nevertheless, Alderweireld can be a solid signing if they can reach an agreement in the middle of the season.

Given the fact that Spurs are big rivals to Manchester United considering the fight for top four spot. So United may end up empty-handed, as losing a vital player like Alderweireld in the middle of the season does not sound just for Spurs.