Paul Scholes questioned the Chelsea defensive duo- Fikayo Tomori and Kurt Zouma’s ability to be ‘good enough on the ball’. The questions were raised when the former England international spoke to Premier League productions, post Chelsea’s well-fought 2-1 defeat versus reigning champions Manchester City at the Etihad.

“I would be a little bit worried about his two centre-halves. The way he (Lampard) wants to play, are they good enough on the ball? I think defensively they are okay. They look a little bit nervous on the ball to me which can create nerves throughout the team,” he said.

The former Manchester United player seemed worried about Frank Lampard getting frustrated over these hard defeats. He admitted to the productions that Chelsea had kept going to these big clubs, playing really well and not winning games.

“That will be frustrating for him (Frank Lampard) I think because he knows he has got quality in his team but he is missing something,” he said. 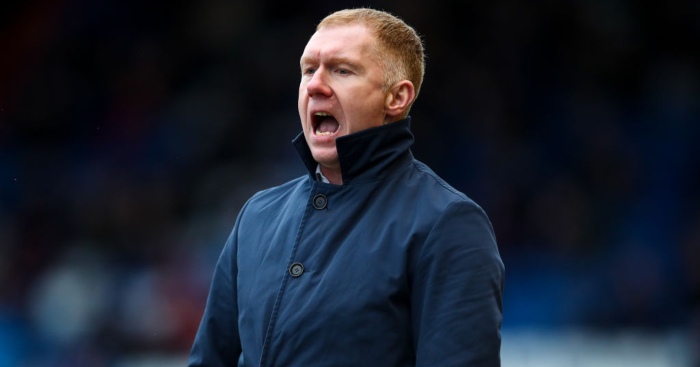 Paul also recalled Chelsea’s humiliating 4-0 defeat against Solskjaer’s men, as a disorganized effort and lack of skilful game-play. The English midfielder also encouraged his fellow mate by asking him to find a way to win these big games. Scholes indicated towards the need for a stable centre-forward who could replace Hazard.

Paul Scholes said, “Like Manchester City have done today – not played very well but they have come away winning the game. That will be frustrating for him, he knows he has got a good team.”

On the other hand Tomori spoke with chelseafc.com about the takeaways from the Manchester City game.

“We are happy with the way we played but disappointed with the result. In the first half, we created a lot of chances, managed to score a goal and came close a few more times but once you go behind against a team like Man City then it is always difficult to get back into the game.”

“We had a few half-chances in the second half but we just could not convert them. They slowed the game down and made it a bit more difficult for us. We tried to up the energy but they are a good team – they are the champions for a reason,” he said

The Blues are now set to take on La Liga giants Valencia in a crucial Champions League encounter. Ajax, Chelsea and Valencia are all on seven points at the moment and any one of the three teams can go through to the round of 16, depending on the results in the upcoming game-weeks.

Lampard will be focused on these upcoming matches, as he will not want to drop down into the Europa League. His team have fought hard to get the right kind of results in Europe’s top competition. They lost to the Spanish side on the opening day of their group fixtures, but have since then done well.

They will be hoping to claim maximum points from these upcoming fixtures. However, as all football fans know, it will surely not be easy for them to get the job done, as their rivals are strong too.