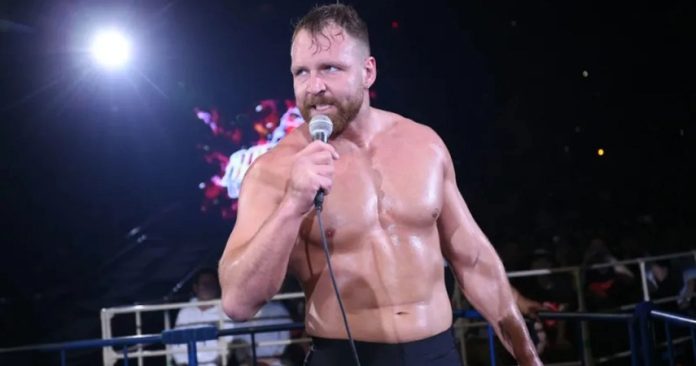 After leaving WWE at the end of April last year, WWE superstar Jon Moxley FKA Dean Ambrose went off the grid for a month to raise speculation regarding his next step in life. Much to everyone’s surprise, he showed up at AEW’s first-ever pay-per-view, Double or Nothing at MGM Grand Arena in Las Vegas to attack Kenny Omega and Chris Jericho and announce his arrival in AEW. Soon afterwards, he announced that he has signed with New Japan and went on to win the IWGP United States Championship in his first-ever match for the company. In the last 9 months, Moxley has repackaged himself as a no-nonsense freak whose only aim is to kill his opponents and win belts all over the world.

He has proved that WWE missed the trick with him by booking him as a germophobic heel who delivers weird promos that only one 74-years old guy likes. Everything that he said about how creative he is and how he is much more capable of handling his character than some soap opera writer is true.

He did not have a clear direction after leaving WWE. He recently talked to Fightful about what he was thinking once his contract with WWE expired. Moxley briefly considered wrestling in the Indies in a mask.

“I did not have a real clear vision of where my career was gonna go when I was leaving. I kinda thought I would take myself off-Broadway, so to speak for a while. I did not even have a clear vision for myself. I figured I would disappear and go off the grid, and wrestle in Japan or somewhere else. Or put a mask on and do Indies. I have no idea. I had no idea. I did not have a set plan. I kinda wanted to go wherever the wind took me and the timing of AEW popping up at the exact same time.”

It would have been interesting to see how Moxley would have hidden his identity under a mask. Judging by his capability, probably no one would have realized if he indeed would have done that. Who Knows? Maybe he actually wrestled in a mask, but he was so good in hiding his identity that no one actually found out.

Former WWE superstar Moxley is currently the IWGP United States Champion. He won the belt at the Wrestle Kingdom this January this year against Lance Archer in a Texas Deathmatch. He then defended the belt against Juice Robinson the following night. Moxley is now scheduled to defend the title against Minoru Suzuki on Feb 9 at the New Beginning in Osaka.

He is also scheduled to challenge Chris Jericho for the AEW Championship at AEW Revolution on February 29, which will take place in Chicago, Illinois. As far as the Independent scene goes, he is going to face Josh Barnett at Bloodsport III on the 2nd of April.

So, it is safe to say that Moxley is enjoying a successful career outside WWE and is one the biggest star in the wrestling industry right now.

Quarantine And Chill: The One Sad Thing About Bhool Bhulaiyaa That...