The Chelsea boss says he knew about the qualities that Willian had since they both shared the dressing room together in 2013. The Brazillian joined Chelsea in the summer of 2013 and was one of the first signings of Jose Mourinho in his second managerial spell at the club. After seven seasons, Willian is expected to leave Chelsea at the end of the current campaign.

“I place huge value on training and how players behave and work in training in the week. I knew Willian had it as a player because I played with him, and we have all seen it on the pitch this year – his work ethic off the ball and his creation and work on the ball.”

“Generally, as far as I see it, Chelsea fans hold him in really high regard. It is difficult in the modern day to take a view on what social media says all over the world. People who are in the club know the value of him and no matter what happens at the end of the season, he has been a fantastic servant for the club and he has played at every level and at a high level himself.”

The Chelsea boss explains how much importance Willian brings to this young and inexperienced side. He added that he is an example of how young players can grow in their career.

“He has a great character about him and he has certainly shown his work ethic by how he has trained and played. It is important when you have a lot of young players that they have people to look up to from within. He is not a shouter and a screamer but he has set an example by working. I am very thankful for having him in the squad this year.”

There were questions raised about N’golo Kante’s best position in Chelsea midfield. Lampard believes he is happy to try him out in different roles in central midfield. He added that the player has got enough versatility to adapt to it.

“N’Golo’s has generally played as one of two [midfielders], or in recent times as one of the more offensive ones, ahead of one deep-lying midfield player.” 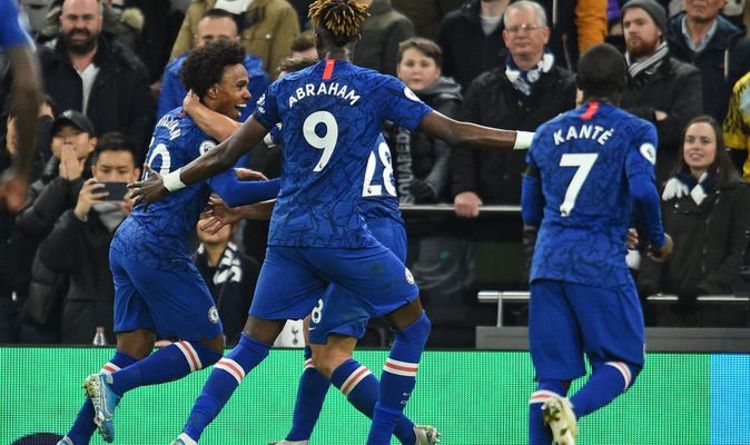 “He has the attributes to do both or all roles. That is one of the beauties of the way he plays, and what he did was a lot of winning the ball back – so quick into the tackle and so quick into the press, covering lots of ground, and also very good on the ball.”

“I think people can underestimate how good he is [with the ball], how quickly he can move with it and pass the ball. I have no problem with playing him in different positions. It is something we have worked on a little and it gives me good options to have different types of attributes in that position at times.”

Chelsea is now in a good position in the League table. This is after a big win against Manchester City at home. They beat Leicester City away in the FA Cup quarter-finals. They will now be facing Manchester United in the semis. It is one of the two titles that the west London outfit can still win. Things could get quite interesting soon.

Chelsea And Barcelona To Swap Superstars, As Reports Confirm Deal On...

Breaking: Serie A Winger Is Top Chelsea Target, Will Blues Get...