Carnage by the hitman Rohit Sharma

An incredible inning by hitman Rohit Sharma, saw him punish the bowlers of Bangladesh to ensure an easy win for India. The second game in the three-match series against Bangladesh was played at the Saurashtra Cricket Association Stadium, Rajkot. Star opener Rohit Sharma made a stylish 85 runs from only 43 balls to stun Bangladesh upfront, in the innings. He showed the destructive side of him by launching six colossal sixes and six sublime fours in this knock.

He showed an aggressive intent from the fourth over of the innings against their strike bowler Mustafizur Rahman. He completed his fifty only in 23 balls to make a record of his second fasted fifty in T20Is. He has a record of a fastest fifty against West Indies at Lauderhill 2016 of only 22 balls. He exhibited all shots in his armoury and finished all hopes that Bangladesh had in this match. Even in the tenth over, Rohit hit gigantic sixes on three successive balls to stun Mosaddek Hossain. Left-hander Shikhar Dhawan, who started with two fours in first over of the innings was kept silent by the Bangladeshi bowlers after that. He scored 31 off 27 balls with the help of four boundaries. At last, in the 13th over of Aminul Islam, Rohit Sharma lost his wicket after a solid 85 off 43 balls and missed a well deserved century by 15 runs.

Post that, Shreyas Iyer finished the match in no time, with three fours and one six to make a total of 24 runs off 13 balls.

Before that Bangladesh got a flying start from their openers. Liton Das and Mohammad Naim stitched a 60 run partnership for the first wicket. Naim attacked left-arm quickie, Khaleel Ahmed, by hitting him for three successive fours. Ahmed got hit for four successive fours boundaries in the last match too. While Ahmed went for runs in the next over too, Deepak Chahar bowled well to keep the run-rate down.

Wicket-keeper Rishabh Pant missed the stumping of Das, by collecting the ball slightly in front of stumps. Also, Das was dropped by skipper Rohit Sharma on the bowling of Washington Sundar in the seventh over. Luck of Das finally dried up and Pant rectified his mistake to run him out in the eighth over.

Bangladesh held to a moderate total by the spinners

Washington Sundar pinned down another opener Naim in this match. Liton Das made 29 off 21 balls comprising of four boundaries and Naim scored 36 from 31 balls, with the help of five boundaries. Sundar and Yajuvendra Chahal bound the opposition batsmen in after they sent back the openers to the pavilion. 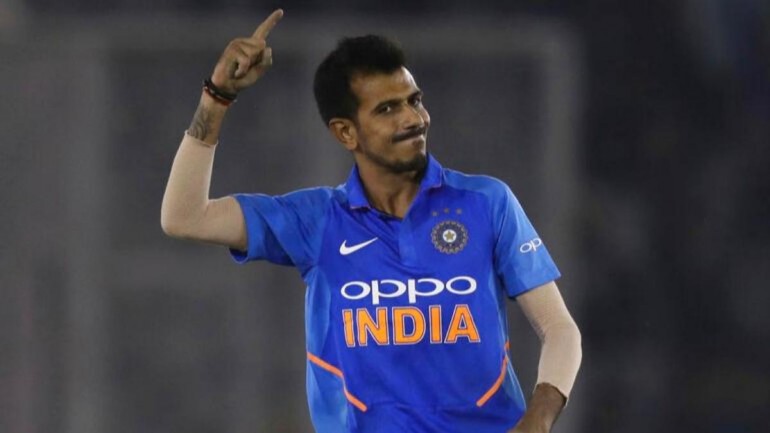 Chahal took wickets of Soumya Sarkar and Mushafiqur Rahim in the same over to hamper Bangladesh’s progress. Sarkar, who scored 30 from 20 balls was stumped by Pant.

Bangladesh couldn’t accelerate their speed and finished with an ordinary 153 for six down from their 20 overs. So, India got a moderate target of 154 from 20 overs. Chahal bowled beautifully and got two wickets for 28 runs from four overs. Chahar, Ahmed and Sundar bagged one wicket each.

With this India equalized the three-match T20Is series, with stand-in skipper Rohit Sharma getting the Player of the Match award. This is how Rohit led by example.