The Blues eased past Burnley to stay at the top four in the Premier League this season. Chelsea is currently at the fourth position in the Premier League with 39 points in 22 matches so far. On the other hand, Burnley is at the 15th position in the League table with 24 points in the same number of matches. Chelsea against Burnley looked a changed side, in terms of intensity and passion.

The manager of Chelsea, Frank Lampard has fielded his side with a typical 4-3-3 formation in this match. N’Golo Kante has picked up a knock on Friday in the training session. So, the manager did not risk him in this match as he has other alternatives available in hand. Kepa Arrizabalaga has been there under the bars for the Blues at Stamford Bridge. The pair of Andreas Christensen and Antonio Rudiger have been chosen in the central defence. Kurt Zouma has stayed on the bench. Reece James has started as the right-back as Cesar Azpilicueta has been there at the left flank.

Ross Barkley has kept his place in the starting lineup of the Blues after his brilliant performance in the FA Cup tie against Nottingham Forest. Jorginho has been playing the role of the holding midfielder while Mason Mount has been deployed as an attacking midfielder. Callum Hudson-Odoi and Willian have been deployed as two wingers while Tammy Abraham has been playing as the lone centre forward.

The Blues have started the game just like the other home games in this season. They have not been able to play a fast-paced football in front of the home ground which will turn the crowd mad at Stamford Bridge. The Pundits are depicting it as the pressure of playing in front of the home crowd. Jeff Hendrick’s goal has been disallowed by VAR at the 19th minute because of offside. 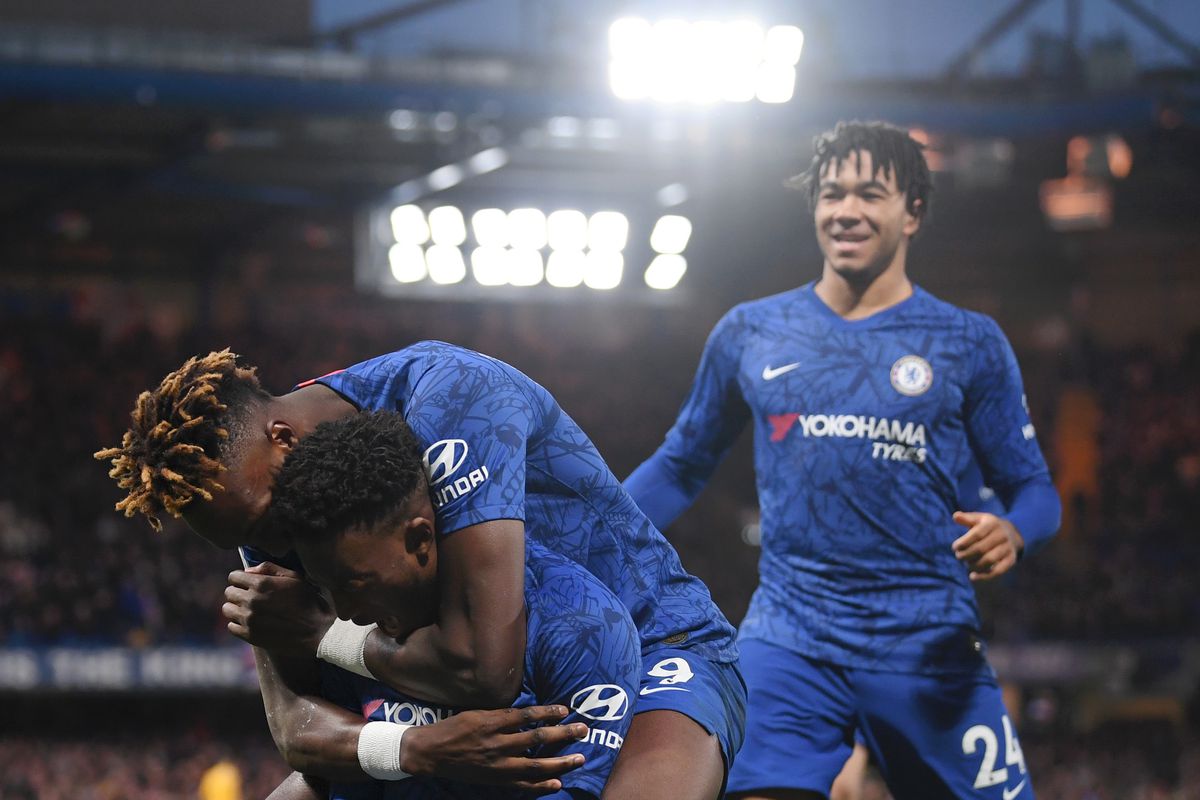 Willian was been brought down in the box and Chelsea got the penalty, which Jorginho converted from the spot calmly. The Blues have got the all-important lead in the match at the 27th minute of the match. At the 38th minute, Tammy Abraham has doubled the lead for the Blues. Reece James has provided a pinpoint cross towards the centre forward of Chelsea and Tammy has headed it towards goal. Nick Pope should have made an attempt to save it. The first half has ended with a score-line of 2-0 in favour of the Blues.

Chelsea against Burnley was great and the team sealed the win in this match at the beginning of the second half. Cesar Azpilicueta has provided a good cross in the penalty box. Callum Hudson-Odoi has met the cross perfectly to score his first Premier League goal of his career. The manager of Chelsea, Frank Lampard has not made a single change in this match.

The Blues have got several opportunities to increase the lead, but they have not been able to utilize those. The manager of Burnley, Sean Dyche has accepted the fact that the Blues have been the better side in the field in all departments. The match has ended with a scoreline of 3-0 in favour of Chelsea at Stamford Bridge.