Former India all-rounder Irfan Pathan may take part in the inaugural season of the Lankan Premier League. The tournament will kickstart on August 28. Pathan is one among the 70 foreign players who are interested to play in the tournament. The all-rounder retired from all formats of the game earlier this year, in January.

Pathan made his international debut in 2003. He even went on to win the Man Of The Match award in the final of the ICC World T20 2007 against Pakistan at the Wanderers. Pathan even some of his good knocks for Team India batting in top order. However, he could not retain his place in the national team. He even fell off the ranks in the Indian Premier League (IPL).

The Story So Far About The Comments By Irfan Pathan

Talking about the LPL, ESPNcricinfo reports, Pathan will find himself in a player draft unless one of the five franchises buys him to be a marquee player. Former Sri Lankan fast bowler Farveez Maharoof had banter with Pathan on social. After that, he asked to include Pathan’s name.

BCCI has set a strict guideline that an Indian player can not feature in a foreign tournament unless he announces his retirement. Former all-rounder Yuvraj Singh hung up his boots last year. After that, he has been part of tournaments like the Global T20 Canada and the Abu Dhabi T10 League.

The Lanka Premier League Will Consist Of 23 Matches. What The Sri Lanka Cricket Board Further Said?

The SLC gave their nod for the tournament on July 27 during an executive meeting. Currently, the board is awaiting the Sri Lankan Government’s approval. The league will consist of 23 matches between five at four International venues.

“The details of the draft, and the franchise owners, are yet to be finalised and announced. SLC is also waiting on some government clearances even as it decides on franchise owners. The five franchises will represent Colombo, Kandy, Galle, Dambulla and Jaffna,” the report said. 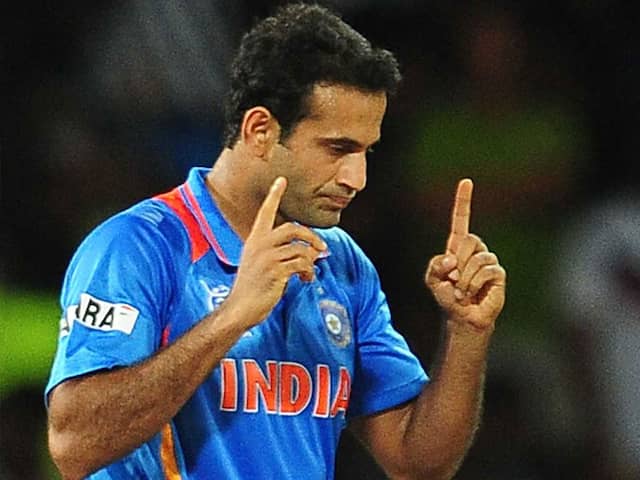 “There are about 143 overseas players in the list. They are very keen to play in this tournament and now it is up to the respective franchises to select these cricketers.”

Irfan Pathan has earlier played for various IPL teams like including Kings XI Punjab, Delhi Capitals, Sunrisers Hyderabad, Chennai Super Kings, and Gujarat Lions. He did put up some good performances for these IPL teams. However, it could help him in making a comeback to the national team (if he wants to).

He has been outspoken about how veteran players more chances. Whether or not he is able to deliver this time, remains to be seen. Things are looking positive so far. However, there are a lot of ifs and buts with respect to cricket in Sri Lanka. Let’s wait and watch now.