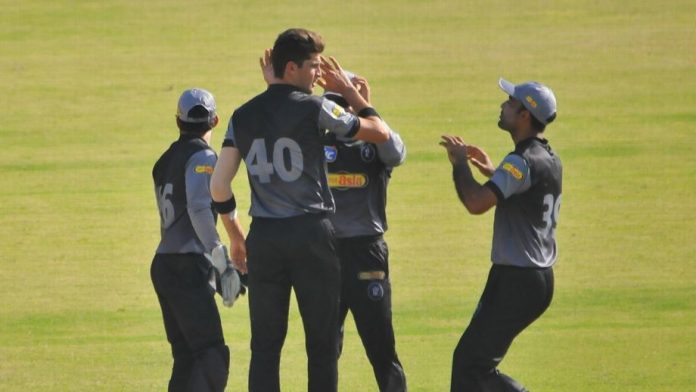 The official Twitter handle of Pakistan Cricket Board (PCB) has Tweeted a video of a brilliant catch taken by Mohammad Rizwan in a match of National T20 Cup. It has been a breathtaking contest between Khyber Pakhtunkhwa and Sindh. Sindh won the match by two wickets in the last ball of the match.

However, the focus was on the catch and the PCB gave it all the credit that it deserved. Followed by the PCB, a lot of other cricketing bodies acknowledged it as well. Many even called it the “catch of the year”.

Khyber Pakhtunkhwa has batted first in this match and they have put up a total of 138 onboard. The star batsman of Khyber Pakhtunkhwa, Fakhar Zaman has gone for a duck. Sohail Khan has given the important breakthrough to his team and a good catch has been taken by Azam Khan.

What A Superb Catch By Mohammad Rizwan

The captain of Khyber Pakhtunkhwa, Mohammad Rizwan has also failed to give his side a good start in the match. He has gone back to the Pavillion with scoring 12 runs in 14 balls. Sahibzada Farhan has also got a start, but he has not been able to score a big run for the side in this match. Iftikhar Ahmed and Shoaib Malik have failed to provide the stability in the middle overs for Khyber Pakhtunkhwa.

Danish Aziz has played a pivotal role in the run chase for Sindh. After coming to chase the score of 138, Sindh has also lost a few quick wickets. Their opener Sharjeel Khan has gone for a duck while the other opener, Khurram Manzoor has scored 13 runs in 11 balls. Asad Shafiq and Azam Khan have not been able to provide any stability in the middle order. The captain of Sindh, Sarfaraz Ahmed has scored 13 runs in 13 balls.

What a grab this was by Mohammad Rizwan! ? pic.twitter.com/lbDQdql3Ko

The partnership between Anwar Ali and Danish Khan has been the key to success for Sindh in this match. However, Anwar Ali has gone back to the pavilion after scoring 33 runs in 32 balls. Musadiq Ahmed has taken the wicket of Anwar Ali. The catch has taken by Mohammad Rizwan. It has been a brilliant catch at that crucial point of the match. Mohammad Rizwan has stretched his body completely to take that catch. After the wicket of Anwar Ali, Khyber Pakhtunkhwa has again made a comeback in the match. However, things have not gone as they have thought.

Mohammad Rizwan with one of the best catches you will ever see #NationalT20Cup #Cricket pic.twitter.com/rmvpOUjFKX

Danish Khan has sealed the win in this match for Sindh with a six in the last ball of the match. Khyber Pakhtunkhwa’s bowlers have done a reasonably good job except one over of Iftikhar Ahmed where they have conceded 20 runs. Usman Shinwari has been the pick of the bowler for the side as he has taken three wickets with conceding only 20 runs.