John Cena recently appeared on the world-renowned talk show, Jimmy Kimmel Live to promote his upcoming movie Dolittle. During the show, he talked about various things including his WWE and what it holds moving forward in the future. John Cena has successfully transitioned himself from a professional wrestler to a Hollywood actor. He has been constantly getting work in the industry, due to which he had to semi-retire from WWE.

He last appeared in a WWE ring at WrestleMania 35 as the Doctor of Thugnomics in a segment with Elias. Since then, he has been working on his movie projects and his next appearance on WWE TV is unknown. Wherever he would go, his WWE career is going to follow him. When the topic of wrestling came up at Jimmy Kimmel Live, he shared a lot of things about it. 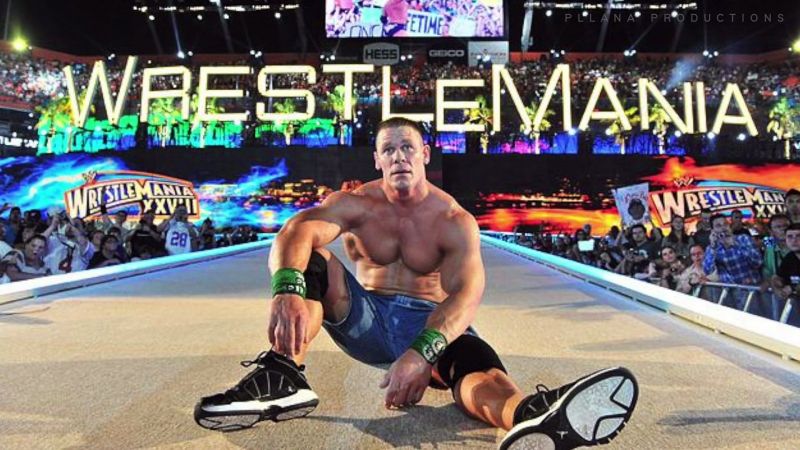 When asked about his current relationship with WWE Chairman, Vince McMahon, Cena said that he sees Vince as more than just his boss. He feels like Vince has been there for him throughout his career and he is sort of a father figure for him.

He is so much more than that to me. He is a friend, a father figure, a mentor, a trusting resource, he is filled with wisdom and above all else, I still do think of him as my boss. He is really had a tremendous impact on my life.

Vince still maintains a strong relationship with The 16-time champion because there is no denying that Cena can still pull a crowd with his appearances and the company’s Chairman would like to use him in the future.

Cena last wrestled a match in January last year in a Fatal-4 way match for the #1 Contendership Match for the Universal Championship, in which he took the pinfall for Finn Balor.

Now, John Cena has teased a match at WrestleMania 36. In the interview, he said that the event is in his hometown Tampa, so he would definitely want to be part of it, but he can’t just call up and say that because those spots are coveted and there are wrestlers who constantly work hard year-round to earn those spots.

I always like for them to give me ideas and then me making it my own. We have WrestleMania around the corner and it happens to be in Tampa, where I live. I will be in the neighbourhood. But it is not like I call someone up and be like, ‘I wanna be in WrestleMania.’ Those spots are very coveted.

Looks like we will get at least one appearance from Cena this year.

Wrestling or not, John Cena is always there to break records in some way or the other. Last year too, he breaks one of his own records by not wrestling in a pay-per-view. He had wrestled in at least one pay-per-view for the last 17 years till 2018. 2019 was the first year, in which he didn’t in a single pay-per-view. But, Cena still feels like he is part of the WWE family and wants to help the young wrestlers in any way possible.

This is the first time in 15 years, or maybe more, that I have not been on a WWE pay-per-view in a calendar year. So this is the first big transition. I have officially moved elsewhere. I am not a regular player. WWE is still my heart. I am still part of the family. I still keep in touch with a lot of folks. I try my best to teach and mentor when I can. But man, I am 42.