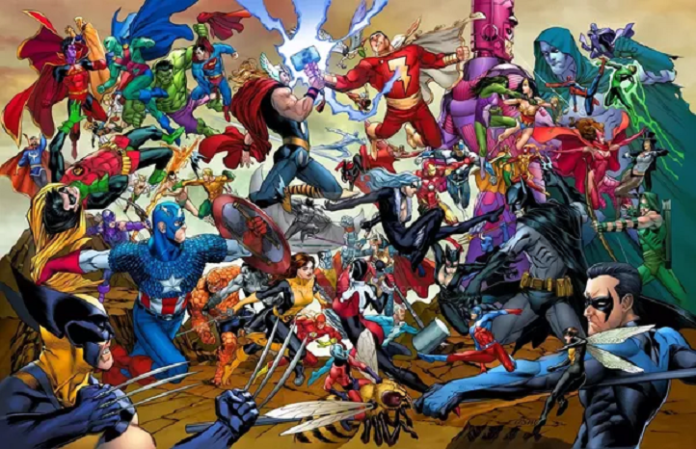 Just How The Joker Should Be?? If we delve into the glade of social media and probably turn ourselves into a stalker even for just five minutes, we will come across one word too often in the 21st century, and that is “crazy”. The new generation of youth loves to call themselves “crazy”, as they believe a few acts of impishness or probable face-offs with their contemporaries, give them the latitude to be tagged as insane.

However, reality probably isn’t a paradise for such happily mad people. Madness comes at a cost and a cost too hefty to shell out for everyone. When madness bites, probably the only facet of life that you try to cling onto is your modicum of sanity.

Portraying such intense madness on the silver screen, where everything is going inside your head is absolutely not a cakewalk. We have had several characters trying to come out as the king of insanity, but failed miserably. Probably there were a few who came extremely close and would linger along the fringes of insanity like Norman Bates, Hannibal Lecter and Gwynplaine, but the man whose touch stood out was none other than the Clown Prince of Gotham, the Joker. 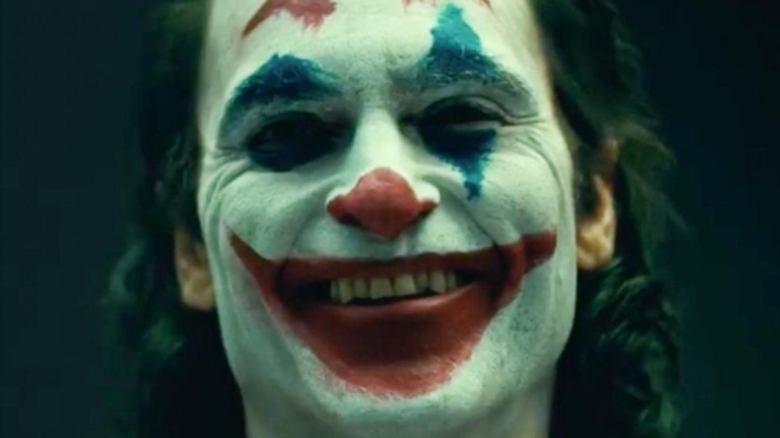 “As you know, madness is like gravity…all it takes is a little push”, this line was cited by the legendary actor who passed away at too unripe an age, Heath Ledger in his most illustrious rendition of The Joker. This line was a replica of our human psyche which we choose to suppress in front of everyone in order to be the civilized citizen of the world. But then, like inertia in Physics, when you see your closest one being taken away from you, your success being trampled over, your career going for a toss, there is blood on your face, maybe just a trickle of it and yet you are paraplegic to wipe it off and bleed to death, you will know that what does it feel to be mad. Just a little push and the world tumbles around you.

In the latest trailer of Joker, the Todd Phillips classic, soon about to rattle the silver screens, the darkness which DC is known for finally comes out. The opening scene of the trailer shows how Joaquin Phoenix tries to make a kid smile on the train, which ends up riling the kid’s mum. However, this scene is ensured by a grim and an abnormal compulsion of squeaky laughter from Phoenix himself.

No Real Rivalry Between The Two Without The Batman Stepping In

Phoenix is next seen in a rendezvous with his shrink. That is where he affirms his train of thoughts and labels them to be negative. However, for a highly theatrical impact on this scene, there is a blitzkrieg flashback.

This is where Phoenix initially suffered a beatdown at the hands of a few hoodlums. That is where he was trying to be a clown in the streets.

If you are already envisioning the fact that this was the cue to pandemonium, alright, I am telling you to hold my beer. The very next scene comes up with Phoenix, patiently waiting in the hospital, overseeing a lady, where he is being telecasted and one of his earlier comic appearances is being publicly floated on the TV, thereby hardening his stance. 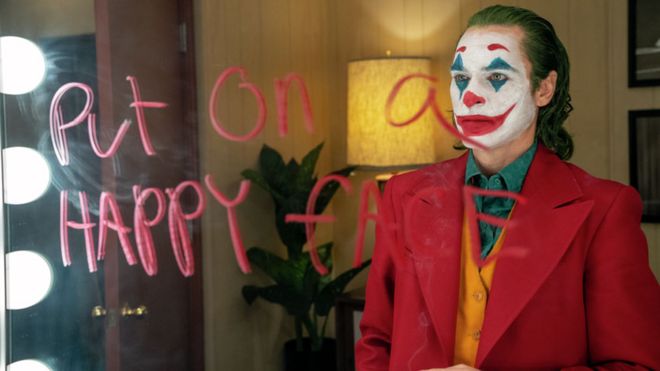 You definitely cannot contemplate about the clown prince without his trademark raiment. That scene was missing until now, but then came out the trailer and voila! You asked for it and you have it. Phoenix is seen anointing himself with the paints that signify insanity to its very bone.

In the very next scene, he insanely performs a solo tango for himself. That is stamping himself to the indelible mark of authority. He questions his own existence. Then reaffirms that he has finally found it. What he needs to exist and he calls it an affirmative. Man, I am telling you, Phoenix has some style.

Then and only then and finally then, the trailer introduces chaos. The chaos featuring its prodigal son, the Joker. You still didn’t get the chills? Well, you won’t because what is Joker without his signature drumroll introduction? He gets it in this trailer when he asks himself to be introduced as the Joker.

Building Up The Characters Slowly For Something Big; Count On It?

There is still one element of Joker pending and that is his signature laugh. Todd Phillips thought it to be the apt time to release the grisly grin that will send chills down your spine. Ha Ha Ha Ha Ha!

It probably is still not the right time to call this trailer to be the darkest adaptation of the role, as Heath Ledger went on to transcend the character beyond its self-found genre and The Killing Joke probably left the fans in so much want that coping with such exorbitant expectations is a Sisyphean task. However, this trailer is already giving millions of Joker fans hope, that the star of Gladiator, Buffalo Soldier and To Die For can probably be the only parallel to Ledger’s extra-terrestrial rendition of Joker. 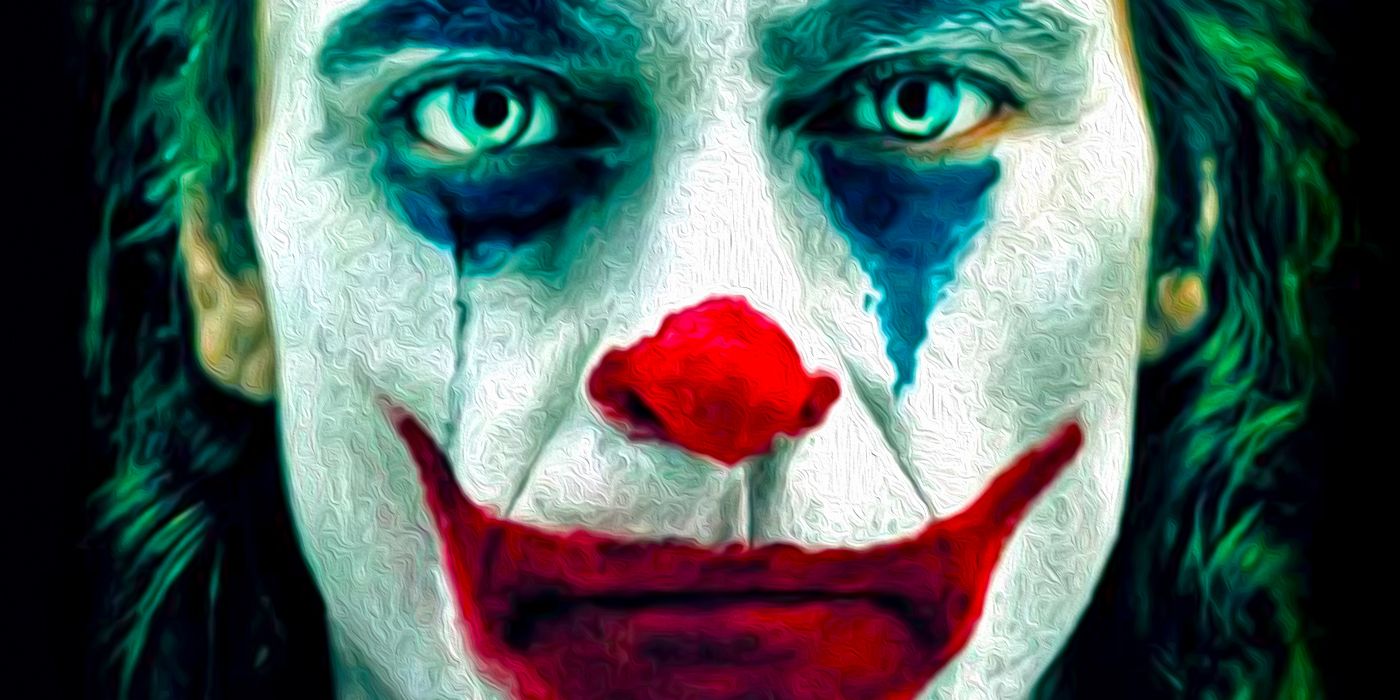 This is going to be a disparate challenge for the fans of Joker as one until now has never seen Joker standing out in solitude. Joker has always been the antagonistic Yin to Batman’s protagonist Yang. Now the major question that will loom above the onlookers is that whether the fans are ready to see Joker inflicting his unrestrained madness without The Bat. Ideally, it always has been the Caped Crusader’s unsparing efforts to thwart the Prince of Arkham that has amplified the insanity of Joker. If there isn’t any such effort, will the king of madness come out as the king?

Waiting For A Sequel Between The Joker And Batman For Sure

This will entirely depend on the ability of Todd Phillips. Will have to see whether he can make the impossible happen. However, in the final scene of the trailer where the music hits and Joker spreads himself in a majestic ballet.

That is probably going to be a ray of hope for the fans. Maybe this is just going to be the cue for the Clown Prince to establish himself as the anti-hero. That is what he actually is in the comics. Not some super-villain, plotting against the entire world.

Is the world ready to accept Joker in his truest form? or will it be a fiasco at the grandest stage of all? That is just because the World knows Joker to be a supervillain? Time will tell us all and if Joker fails. It still won’t make him sad as he was born out of failure. The only thing that will echo in our ears then is Ha Ha Ha!