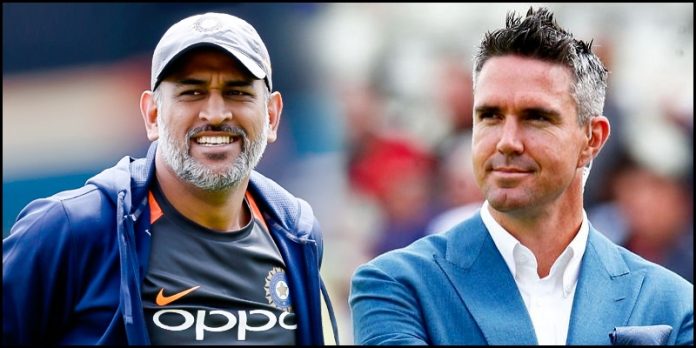 MS Dhoni’s retirement has been a hot topic in the cricket world in the past few months. Many people believed that he will mount his comeback in this year’s IPL. However, the coronavirus pandemic led to the indefinite postponement of the IPL. This denied MS Dhoni the opportunity to get back into the cricket field and ignited the debate about his future again.

It is still unclear what will happen with the pandemic still around. The T20 World Cup is highly likely to be postponed, as per reports. However, this could possibly ensure that the Indian Premier League does happen, possibly. Everything would depend on the lockdown and for how long the Indian government wants it implemented.

Keeping that in mind, England star Kevin Pietersen had some opinions about MSD’s situation. He made a few claims about MS Dhoni’s future recently and the fans loved what he said. Many former cricketers opine that MS Dhoni may have already played his last game for the national team. They believe that he will not feature in the Indian team yet again. However, MS Dhoni has not even given any hint about his future whatsoever. Now, the former England cricketer Kevin Pietersen has said that MS Dhoni has the right to decide about his future. He will himself decide when he needs to hang up his boots, and in that case, he needs no suggestion from anybody.

Pietersen even picked Dhoni as the greatest ever captain

Recently, Kevin Pietersen even picked MS Dhoni as the greatest ever captain in cricket. He stressed on the laurels that MS Dhoni has achieved as a player and captain for his team. Pietersen even said that it is extremely difficult to lead a national side in a country like India, where cricket is worshipped as a religion. He lauded Dhoni for handling the immense pressure over his career while leading the Indian team and the Chennai Super Kings in IPL.

“It will be very difficult just with the weight of expectation to go against MS Dhoni because of what everybody expects from him, how he has to live his life and what he has been through captaining India and then captaining the CSK,” Pietersen had said.

MS Dhoni is the only captain to win all possible trophies during his career. He led India to an ICC World T20 win in 2007. Then he won the ICC Cricket World Cup 2011 and ICC Champions Trophy 2013 as an Indian captain. He even led the Indian test team to No. 1 rankings. In IPL, Dhoni led his franchise CSK to the IPL title thrice. He even won the Champions League on two occasions.

What Went Wrong For Team India At Southampton, Analysis Of The...