There have been a lot of speculations going around about the fact that Stephen Amell is leaving the Arrow Universe or Arrowverse (as they like to call it) and move on with life, post his stint with the CW Network. However, a recent revelation could prove things to be slightly different rather, though it is yet to be confirmed. The report has suggested that Red Death could be a future villain in the show, which would mean that The Green Arrow (who takes up all the actual storylines of Batman), would be still part of the show.

Obviously, they would not be showing Amell too often without his mask and the picturization would be such that he would have to be visible less often. However, we all know who would be the actual villain underneath that mask and it would be Oliver Queen himself (in short Amell, unless they introduce another actor).

This would mean that he wouldn’t have to shoot on a regular basis and could come in at times to just portray the character, on a make-shift contract. It would also be a positive factor for the fans, who were really upset to see him leave the franchise and move on with life.

On the other hand, the actor himself was almost in tears when he made the video, announcing that he would be leaving the franchise and the show would be wrapping up. Despite that, if he is still involved in the form of Red Death, things can be quite different for the actor in the upcoming seasons of The Flash.

He will firstly be losing his image with that bow and arrow that he has been carrying now for seven seasons. To add to that, the writers and artists may finally have to merge the arrow symbol with one from The Flash, to combine and form some sort of new art. This would be the sign of the Red Death. An alternate plan would be to stick to the original symbol, as it does look like a combination of the two.

Either ways, the storyline will be gifted to Oliver and the DC Universe will surely not be introducing a Batman character. They have already taken their title with Batgirl and there is no doubt in anyone’s mind, that introducing too many characters at once would rather wasteful.

Already the Crisis On Infinite Earths storyline has a lot of super-heroes and super-villains teaming up to get the fans really overwhelmed. Such an addition without the necessary build-up could be a total waste and a rather disappointment. They may use it somewhere down the line in the future, but not now.

So, for now, it is quite safe to say that Stephen Amell might be staying back for more collaborations with Team Flash, while the other members possibly move on with their careers. Which other characters are also involved along with him, remains to be seen.

Things are getting quite interesting and the fans would surely be quite excited about the upcoming seasons of all these shows, as they look to have the biggest ever cross-over so far. 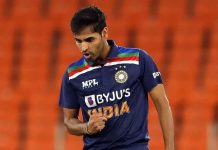 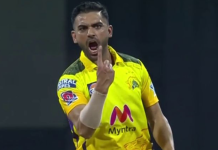 WATCH: Deepak Chahar Gives A Death Stare To Martin Guptill After Dismissing Him 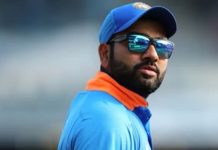