Not only Premier League, but the Championship clubs are also having the winter window. Picking up the needs are all they got to do in this break and rumours are flowing all over England. Chelsea striker Tammy Abraham is being rumoured to join Premier League club Wolverhampton Wanderers on loan until the end of the season next week. Though the transfer negotiation is on the verge, pending for the  FIFA approval, according to the well-known newspapers.

Abraham had a terrific season so far and made an effective impact in the Championship on loan at Aston Villa. He has scored 16 goals but has now chosen to cut the stint short in an attempt to secure regular Premier League football.

It has been understood that the opportunity to establish himself in the top-flight was the main reason to lure him out of his zone. Moreover, the chance to play under Nuno Espirito Santo was also lucrative enough to go away from Villa Park, but the parties involved are awaiting FIFA approval.

Both the Premier League and the FA are said to have given the all clear for the 21-year-old to complete this move, though FIFA continues to investigate because the striker has been featured for both Chelsea and Villa this season.

The twist in the tale is, Maurizio Sarri wasn’t keen on letting Abraham go on a permanent basis and he rejected offers before, which triggered his recall clause in his Villa contract, which may let the Blues bring him back in the first two weeks of the winter transfer window.

It is expected that approval may come at the start of next week, which would make the promising striker available to make his Wolves debut when they travel to Manchester City next weekend.

However, the recent news are suggesting something else. It is being stated that the Chelsea forward has turned down a loan move to Premier League side Wolves to stay at Championship club Aston Villa. It is being understood that Wolves remain interested in the forward and may yet try to resurrect the deal. 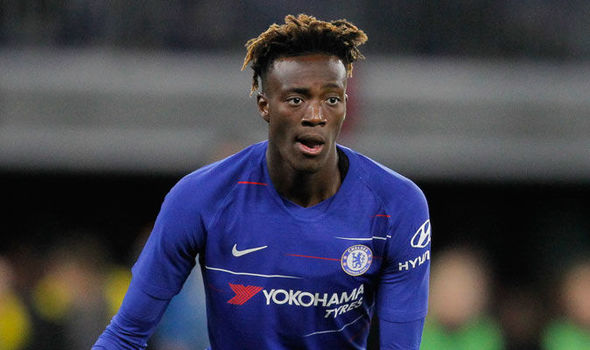 In addition, Chelsea has also the power to recall the striker or could accept a bid from another club in January. However, as the situation stands, the 21-year-old Abraham will remain at Villa for rest of the season. Though the Wolves have not abandoned the hope and they are still waiting to hear from FIFA.

FIFA may declare whether Abraham would be allowed to play for the Wolves despite of his previous appearances for Chelsea in under-23 competition and the Community Shield earlier this season. A sheer uncertainty is playing a part in Abraham’s thinking as well, if the deal went through now and FIFA ruled against, he would be unable to play until next season. Though there has been no clarity given by FIFA when they are likely to rule on the matter.

Wolves feel that the situation might change if the player is cleared to play for them. The situation is complicated and it’s up to Abraham, which path he might choose to follow.

The Real Reasons Why Chelsea Lost To Tottenham, What Needs To...