According to latest reports, Inter Milan are looking to make a move for the Chelsea striker Olivier Giroud. The veteran striker is currently out-of-favour at west London. He might be on his way out of the club in the January transfer window. The Blues have been under tremendous pressure after facing back-to-back defeats in the Premier League. They first lost against Manchester City and then to West Ham United.

Against the Hammers, they failed to replace the phenomenal Tammy Abraham. The England international has been sidelined with an injury that he picked up in the Champions League clash against Valencia.

Lampard had put his faith in Giroud and chose him to lead the line against the Hammers. However, the player was not able to repay his faith with good performance. In fact, he and Michy Batshuayi both looked absolutely out of place while leading the front-line. It was the away side that edged out a win by a single goal. 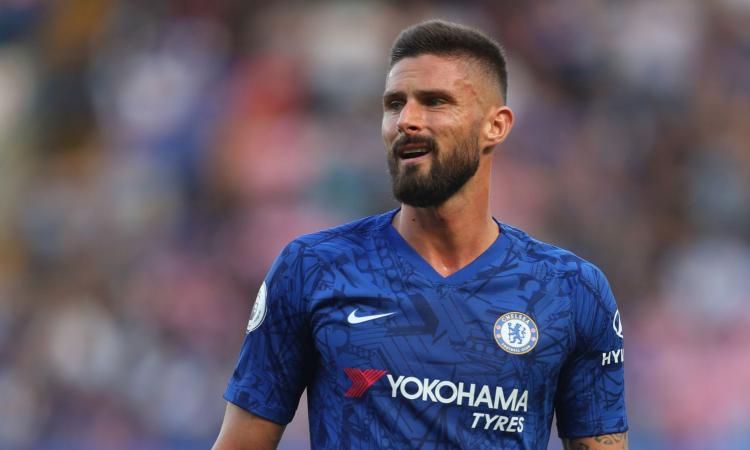 The situation is this. Rumours are gaining pace that the former Arsenal forward might be on his way out of Stamford Bridge in January. The likes of Inter Milan and Borussia Dortmund are looking forward to tabling an offer to bring the Frenchman to their club in the near future.

After the defeat at the hands of West Ham United, Lampard, however, defended Giroud for his performance. Speaking to the media during the post-match press conference, the Chelsea manager said, “It was a difficult game for him. He did not get enough of the ball and then the couple of chances he had did not go in for him. It was a tough match for him but he was not the only one who came into the team and the performance was slightly off it. It was not the easiest game.”

Giroud has been the second choice striker since his arrival at the Bridge from Arsenal. However, now with the likes of Abraham and Batshuayi getting more chances to make it into the first team, it seems that it is becoming harder for the 33-year-old Frenchman to come off the bench on regular occasions for the Blues.

A potential move to Inter Milan or Borussia Dortmund could, however, not make much of a difference for the marksman as far as his position is concerned. While Inter Milan already have the likes of Romelu Lukaku and Lautaro Martinez performing at tandem for them in both the domestic front as well as the European matches, Dortmund also has Paco Alcacer who has been a consistent performer for them since his inception in the side. So it is obvious that the player will have to settle for the position of the second striker in either of the teams and spend more time on the bench rather than on the pitch.

Chelsea has been facing some serious concern in the attacking department, which might see Lampard again turning to Giroud in absence of a viable option ahead of the crucial clash against Aston Villa. Now it is to be seen whether the Frenchman is able to make the most of the opportunity or not.

Breaking: Latest Update On The Future Of This Chelsea Defender

From Ola Aina To Loftus-Cheek, This Is The Main Problem For...