Liverpool have stepped up to rival Manchester United to secure the services of Championship defender, Lloyd Kelly. The Bristol city youngster, Lloyd Kelly have attracted interested after giving a fantastic account of himself in the Championship according to the Mirror.

Kelly is primarily a left back and that is his natural position in the back-line but is equally astute even when required to operate from the center of defence. The 20-year old has notched up 18 appearances for Bristol City in the Championships this season scoring a goal. However, the Championship side are currently 13th in the league standings as they try to challenge for a playoff spot. Some reports even add more depth to the story claiming that Premier League clubs like Tottenham Hotspurs, Manchester United and even Arsenal are interested in the young defender and are keeping close tabs on the England U-21 international. Kelly has proven his worth and whichever club he chooses to go he will be a future star as he has already trained under England coach Gareth Southgate with the Three Lions senior team.

Although reports also suggest that Jurgen Klopp has liked the player and what he offers to the team and wants to tie him down at Anfield when the transfer window re-opens in January. But the deal won’t be that easy as the Reds will face a stern challenge from the other three Premier League clubs who are also interested in the player. 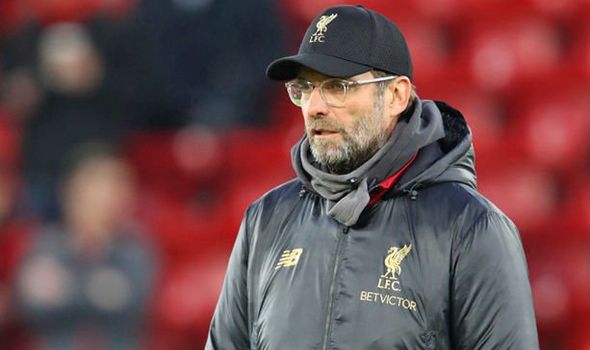 Liverpool are going through a rough phase with defenders getting injured one after another. Joe Gomez who is Klopp’s favoured first choice besides Virgil Van Dijk has fractured his leg in their 3-1 win at Burnley and is out for six weeks at least. Whereas piling up the misery Joel Matip sustained a broken collarbone in their 1-0 win in the Champions League fixture against Napoli. The 27-year old can be sidelined for six weeks minimum. That does not end there for Klopp, young defender Trent Alexander Arnold also faced a blow in his ankle against Napoli and is doubtful in their next match against rivals Manchester United.

Versatile midfielder James Milner has also picked up a cramp and was seen struggling in their latest fixture against Napoli, though he is set to be fully fit ahead of their crunch fixture against the Red Devils. The Reds have currently edged out the top spot in the league table but with so many injury concerns and with the festive season crowded with fixture, it is important that the Merseyside club could get some defenders in the January transfer market and where a player like Lloyd Kelly can fit the bill perfectly.

The 20-year is versatile and can be a great squad player when the team is in dire straits entering the business end of the season where it is make or break situation in each and every match.

Manchester United are also another side who have been poor defensively with players like Phil Jones, Chris Smalling, Eric Bailly etc. being overly inconsistent and fails to step up in big crunch fixtures the Red Devils need some injection of youthful exuberance in attack and also in defence. Kelly, 20 can become an ideal player for the club and has the versatility that the former boss Mourinho appreciated.

Solskjaer may have a different opinion, though the player is wanted by the Red Devils, which is a fact.

It will be a very important decision for the England U-21 international as a move from Bristol City to Premier League can be a game-changing one for the youngster.

Talking Points: Analysis Of The Clash Of Manchester United With Arsenal