According to the latest reports, Premier League giants Liverpool will face competition against Bundesliga heavyweights Bayern Munich in a bid to sign Red Bull Leipzig striker Timo Werner in the summer transfer window. Bayern is prepared to offer star hit-man Robert Lewandowski a new contract extension but that will not affect their plans to sign the young sensation.

Liverpool is currently enjoying one of their best ever runs in the Premier League as Jurgen Klopp’s side has racked up 70 points after 29 games. With a stunning defensive record as well, Liverpool has conceded just 15 goals. But despite these incredible records, the Reds still find themselves one point behind leaders Manchester City. Pep Guardiola’s relentless City squad are in the mood to break hearts at Anfield as they took the lead in the title race last week.

Liverpool’s quest for a Premier League title has lasted for 29 long years and the fans of the English giants are worried that they may have already let this wonderful opportunity to end the title drought slip away. Liverpool was leading the title race and had the chance to go 10 points clear at the top of the table if they won against Manchester City. But recent form and profligacy may have cost Liverpool dear and the Merseyside club have taken just 10 points out of their last possible 18 after drawing four rather winnable games.

The latest draw came last week against fierce local neighbors Everton at Goodison Park as the game ended in a 0-0 stalemate. However, surprisingly, it was Liverpool’s attack that has been letting them down over the last few games as the Reds aren’t able to breakdown stubborn defenses. Egyptian star Mohamed Salah seems to have lost some of his golden forms off late and Roberto Firmino is also not scoring as many goals as he would like to on a regular basis. Sadio Mane is one of the only forwards at the club who has been scoring recently but the Senegalese are also missing a huge load of chances in front of goal.

Therefore, Klopp is prepared to invest in another star attacker in the summer transfer window and he is eyeing up a move for Red Bull Leipzig hitman Timo Werner. The 23-year-old forward has been catching the eye of many top European suitors as well as German champions Bayern Munich. 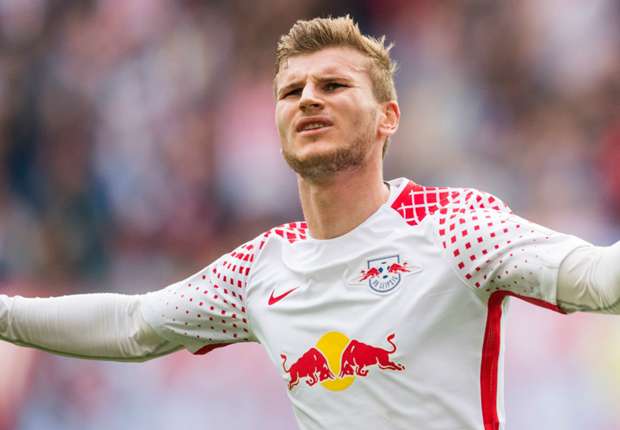 Although Munich is planning on extending a deal for Polish talisman Robert Lewandowski, the 30-year old’s stay at the Allianz Arena will not affect the club pursuing Werner. Bayern is in a transition phase at the moment and is looking to invest in younger players for a bright future. Therefore, even the Bavarians are looking to snap up Werner in the summer to bolster their attack.

Werner is capable of playing on the flanks or through the middle in the attacking third and he has already netted 14 goals across all competitions this season. Liverpool and Bayern are heavy favorites to sign up the German talent and it will be an interesting battle in the summer.

Chelsea Star Could Receive Massive Incentive To Remain At The Club,...