According to the latest reports, Premier League giants Liverpool have been handed a blow in their pursuit of signing Borussia Monchengladbach star winger Thorgan Hazard in the upcoming summer transfer window. The report claims that the Belgian international is keen and happy to play his football for the Bundesliga club.

Jurgen Klopp’s Liverpool is enjoying one of their greatest seasons so far in the Premier League ever since the club formed back in 1892. The Reds are currently in second place in the league table and are just one point behind leaders Manchester City. With only two games remaining in the season, Pep Guardiola’s Manchester City are favourites to win the title but Liverpool have done exceedingly well to remain in contention with the blue half of Manchester until now. Last season, Pep Guardiola’s Manchester City broke multiple records and stormed their way to the Premier League title, amassing a staggering 100 points in the process. But Liverpool is adamant to ensure that this season’s title race will go down to the wire as they will not go away without a fight. 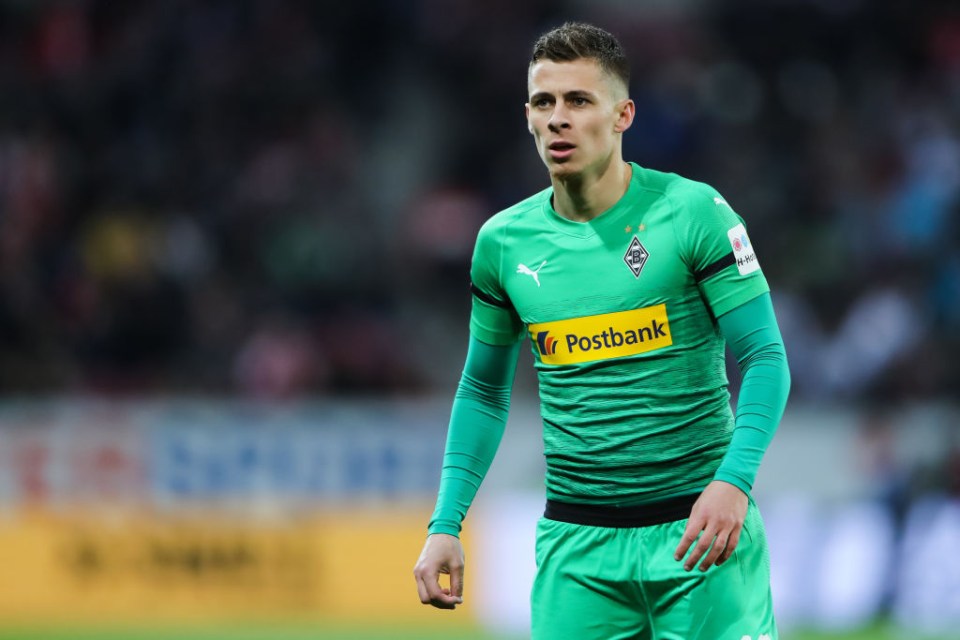 Liverpool also made it to the semi-finals of the Champions League after an impressive run in the European competition but suffered a massive blow against Barcelona. The Catalonian giants hammered Liverpool 3-0 in the first leg of the semi-final tie and dealt a big blow to the Reds’ hopes of winning the elite trophy. If Liverpool are unable to win any silverware this season, Klopp will head into the transfer market to add further strength to his attacking department. The German will look to sign a proper goalscorer and ensure that his club go to that extra hurdle.

Although Mohamed Salah, Roberto Firmino and Sadio Mane have not hit the heights of last season, they have delivered when it mattered for Liverpool and Klopp now wants to add extra dynamism to his attack. One player that Liverpool wanted to recruit in the summer was rumored to be Borussia Monchengladbach superstar Thorgan Hazard.

Thee 26-year-old attacker has scored 12 goals this season and has also racked up 10 assists in all competitions this season and is attracting interest from several top clubs on the European continent. However, Liverpool have received a transfer setback in pursuit of Hazard as he is not willing to make the move to Anfield for three reasons despite having only one year left on his current contract.

Thorgan Hazard has confirmed he has agreed terms with Borussia Dortmund, with a deal being discussed between BVB and Gladbach ⚡ pic.twitter.com/xY7PxQwP8c

Hazard insisted that he is content playing his football in the Bundesliga and would not want to move away from Germany to play his football. The younger brother of Eden Hazard also stated that Bundesliga club Borussia Dortmund would be a better move than Liverpool because of his style of play and his adaptation of life at Signal Iduna Park.

The Belgian is also concerned about whether he will be able to play regular football on Merseyside with the attacking line that Liverpool possess. This means that Hazard would choose to play for Dortmund over Liverpool and Klopp may have to look elsewhere to sign a top-class attacker.