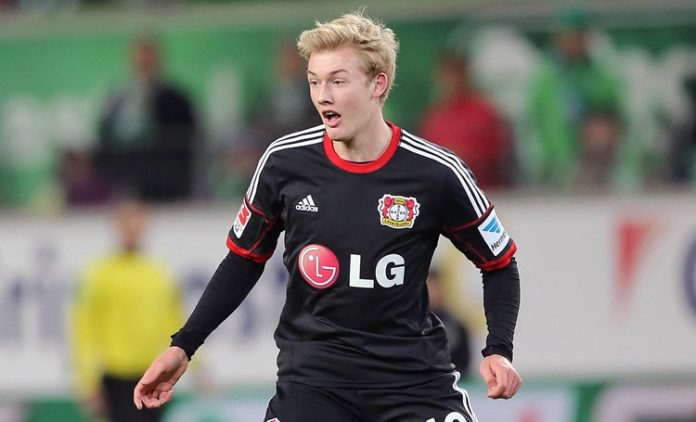 It seems that Jurgen Klopp is all set to go berserk in the present transfer window, as he is now looking quite eager to sign some new players. The German manager, similar to his other domestic counter-parts wanted to add some fire-power to his current squad, after ending yet another season, without winning a single trophy.

In order to stir things around at Anfield, the former Borussia Dortmund main-man was keen on signing a German attacker from Bayer Leverkusen.

The player in the spotlight was none other than 21 year old winger Julian Brandt, who has been really impressive in recent times.

Though the Kops did not look too serious in the market so far, it seems that they will be more pushy now, in order to get the deals for their summer targets done, as soon as possible.

The fact is that the youngster isn’t really too keen on a move to England, as he wants regular playing time in the starting eleven, with the World Cup just 12 months away and Brandt will want to make it to the national side.

Further, if the Premier League giants are really desperate to sign, they need to remember one thing that they will be facing competition from Serie A outfit Inter Milan, as per a recent report coming from Italy.

A lot of top clubs across the continent have set their eyes upon many highly talented stars and it will be interesting to see, what new twist and turns this transfer saga shows us, in the days that follow.