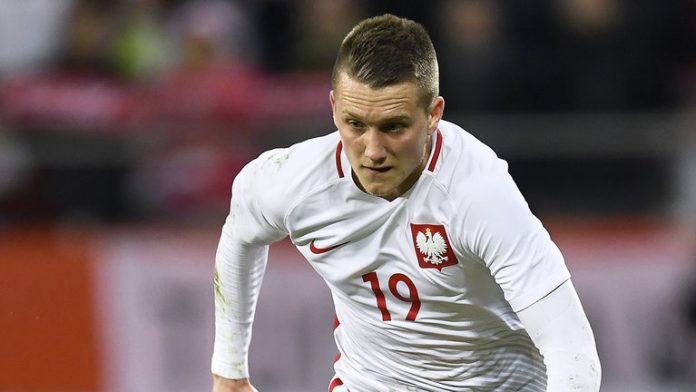 Jurgen Klopp did a really good job in the summer transfer window, bringing in a lot of key players that will strengthen his current squad. The impact of some of these signings has already been visible on the performances put in by the Reds in the current campaign already and the German manager will want to win some titles this term.

With that said and done, the former Borussia Dortmund main-man would have wanted to add more quality stars to his team, before the window closed. One such player on his wish-list was Udinese’s Piotr Zieliński.

The 22 year old midfielder is a high quality star, who was wanted by the Premier League outfit but eventually joined the club’s Serie A rivals Napoli.

The youngster was in talks with the Merseyside outfit for quite some time, though he eventually made the move to Naples instead, after a deal did not go through.

In a recent interview after the move was done, he stated, “With Liverpool, there were talks but it didn’t happen. But I’m happy to be at Napoli. They’re one of the best teams for a 22-year-old to join.”

Further he admitted that he is not even being considered for the first team right now, “I’m a reserve at the moment, but I’ve only just arrived. Here, [the players] are all very strong.”

“I believe in my abilities. [Marek] Hamsik is one of the best midfielders in the Italian League and Allan is an important player, so I’ll have to work in training and at every opportunity.”

“I’m not worried. In time, I’ll also become a starter.”

Well, the fact still remains that the Kop boss could have made good use of his services if he did move to England. However, it was not just mean to be.

Whether or not Zieliński can now impress in Italy remains to be seen, as his role for now will be of a mere spectator, till he can really impress the manager.

Manchester United Could Lose This Top Star Soon, If Clubs Like...