According to the latest reports, Premier League giants Liverpool will be in a battle to keep hold of their young defender Rafa Camacho in the upcoming summer transfer window amid interest from English rivals Wolverhampton Wanderers. The 18-year-old has been quite brilliant for Liverpool in the PL2 Division 1 this season and Wolves are keen on signing the youngster in the summer.

Jurgen Klopp’s Liverpool is currently enjoying their best season in the Premier League ever since the club formed back in 1892. The Reds are in the hunt to end their 29-year long wait for a Premier League title and are two points ahead of second-placed Manchester City at the moment. Although Pep Guardiola’s Manchester City still have a game in hand, Liverpool have done exceptionally well to remain in contention for the Premiership for so long this season. Last term, City broke multiple records when they stormed their way to the title and amassed a staggering 100 points in the process. However, Klopp’s  Liverpool is prepared to ensure that this season’s title run will go right down to the wire as the Reds are not giving up on the fight easily. 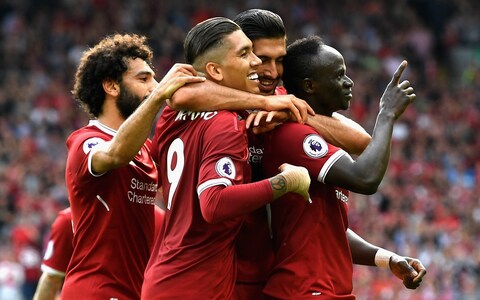 Liverpool are also in the semi-finals of the Champions League and face a much-anticipated clash against La Liga giants Barcelona over two legs in the elite competition. Last season, Liverpool suffered heartbreak in the final of the Champions League when they lost 3-1 to Real Madrid but the Reds will be hoping to turn things around this time and eventually go on to lift the trophy.  Amidst all of these positive situations at Liverpool, there is still one player who is somewhat unhappy at the club and he is teenage defender Rafa Camacho.

Camacho has been frustrated at the lack of opportunities at Liverpool and recently took out his feelings on social media when he posted, “I do not know whose idea it is, but I will prove that they are mistaken about my football. I am not a right defender; I am an attacker who scores goals. This is my DNA. Happy to score three goals and help the team in today’s win vs Leicester” Camacho netted a hat trick against the second string Foxes side but still spends most of his time playing for the U-23’s at Melwood.

Clearly, Camacho is sending out a message to Jurgen Klopp that he wants to play for Liverpool’s first team. It will be difficult for Klopp to remove anyone from his current first team in order to accommodate Camacho in the starting eleven. Right back Trent Alexander Arnold is proving to be more than useful in defence and attack as the Englishman has grown immensely in stature and as a player.

'I will prove that they are mistaken': Liverpool starlet Rafa Camacho hits out at Reds coaching staff for playing him at right back after he nets hat-trick in Under-23s win over Leicester pic.twitter.com/lyPi55wswp

Camacho still has a long way to go before he can actually start competing for a starting berth with Arnold or Joe Gomez. With no football, Wolverhampton Wanderers are also looking to take advantage of the situation and could lure 18-year-old to the Molineaux Stadium. Liverpool know the potential that Camacho has and would not want to lose him to anyone at the moment, especially not a Wolves team who certainly look like they can compete for silverware with a few top additions to their squad after coming through from the Championship last term.

Liverpool Has A New Deadly Combination Up Front, Talking Points Of...

Wow! Real Madrid In Advanced Talks With Pogba, Details Given