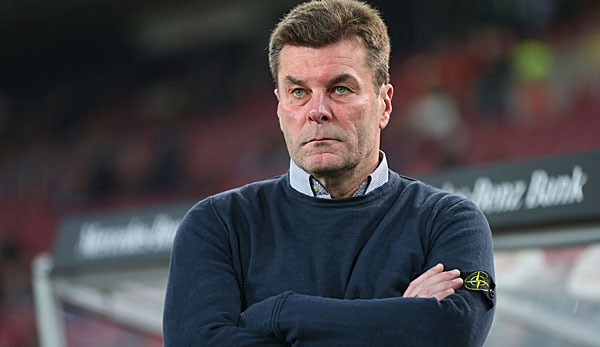 Hecking became manager of VfL Wolfsburgon 22 December 2012. He made his debut on 19 January 2013 in a 2–0 win against VfB Stuttgart. On 30 May 2015 Wolfsburg defeated Borussia Dortmund 3–1 in the German Cup final. This was Hecking’s first major trophy. Under his tenure, Wolfsburg has won two trophies. Hecking has managed Wolfsburg 156 times, Wins 80 Draws 36 Loss 40 and has a win percentage of 51.28.

Here are few reasons why i feel Hecking must be shown the door :

Hecking’s 2014/15 campaign with Wolfsburg made him a instant hit with fans and the club, he led the Wolves to their first ever DFB Cup success as well as a fine second-place finish. Although last season, the former FC Nürnberg man took his side to the final eight of the Champions League, they still struggled in the Bundesliga, finishing a disappointing eighth.

The lack of European football this term means that there are no excuses for the Wolves and the question for Hecking is whether he can repeat his 2014/15 success and help to establish Wolfsburg as serious, long-term challengers to Bayern and Borussia Dortmund at the top.

Another factor for their below par displays could be tied with the reasons stated above is the fact that the do not have a clinical goal scorer up top. Bas Dost hasn’t looked that good and has faded away from the ridiculous scoring spree that he was on last season, which let’s face it, may never be repeated again (with Dost now on the shelf for a considerable period with a training camp injury). Max Kruse ob the other hand has been lively and is looking like a good signing, but he’s no true no. 9 himself. The centre forward position has been one of Wolfsburg’s weakest links in recent times and the management has so far failed to upgrade here could be a key reason as to why the Volkswagen club are not able to challenge for the title up the table at the moment.

Following the club’s record sale of de Bruyne to Manchester City and Ivan Perisic’ move to Inter Milan last season, the club has struggled to play anywhere near to the heights that they reached previously. The summer departures of Andre Schürrle and Naldo have made Hecking’s task of steering the Wolves back into the top four even more harder with Draxler also linked with move away to Arsenal and Juventus , but there are several exciting young arrivals still waiting for a chance to impress.

Wolfsburg have  secured Mario Gomez as they pay €7m to Fiorentina.The 31-year-old striker is ready to sign a new contract to June 2019 for a return to the Bundesliga. Gomez never quite settled in Florence and his spell at the club was dominated by injury problems and poor form. He eventually rediscovered his goal scoring touch on loan with Turkish outfit Besiktas, earning a spot at Euro 2016, but wouldn’t return to Turkey due to the unstable political situation.

Jeffrey Bruma is a 24-year-old centre-back who left Dutch side PSV Eindhoven to have a second spell in the Bundesliga after spending two years at Hamburger SV between 2011 and 2013. He was accompanied at the Volkswagen Arena by Polish superstar Jakub Blaszczykowski, who signed for them from Borussia Dortmund.

Borja Mayoral, a young forward brought in from European champions Real Madrid on loan, will provide stiff competition for Bas Dost up front, while dynamic attacking midfielder Daniel Didaviwas one of VfB Stuttgart’s few standout players as the Swabians went down last season.

Yannick Gerhardt will add to the freshly minted youthful trio, as the central midfielder has signed a five-year deal at the Volkswagen Arena after signing from FC Köln.

Can This Man Be The Perfect Replacement For Coutinho, As Liverpool...