According to the latest reports, Premier League giants Manchester United are ready to sell the South American duo of Marcos Rojo and Alexis Sanchez in the upcoming summer transfer window. The two players are not getting regular football and have been unable to prove their worth over the past few months to the Red Devils.

Manchester United were in quite a shambles early on in the season when Jose Mourinho was in charge of the club. The Portuguese manager instilled a very defensive philosophy into the club which did not go down well with the United faithful. With no results to show for his poor performances, writing was on the wall for 56-year-old and he was sacked by the club in December. United then turned to a familiar face to take control of the club in the form of Ole Gunnar Solskjaer to handle the reins at least until the end of the season. The Norwegian turned the fortunes of the club in his initial few months in charge and exceeded expectations, making Old Trafford a happy place once again. 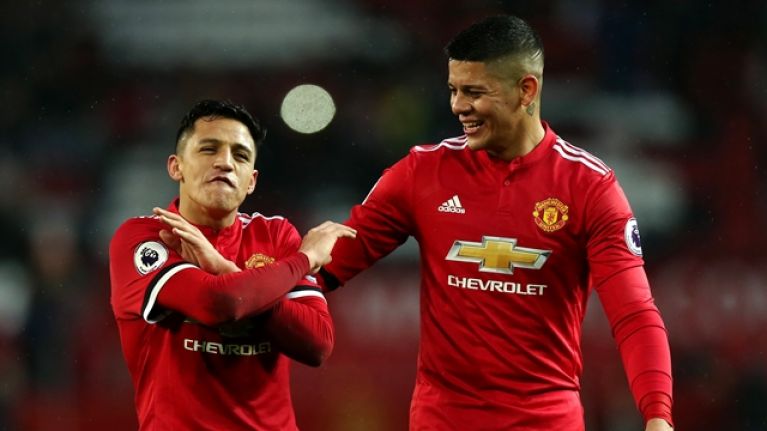 Solskjaer guided United to the quarterfinals of the Champions League in dramatic fashion after overturning a 2-0 deficit in the first leg against Paris Saint Germain to win 3-1 at the Parc Des Princes and progressing through to the next round. Solskjaer was handed a three-year contract by United and then given the job on a permanent basis but results have not gone in the most desirable way since then as they ended securing sixth position in the Premier League table.

The Red Devils crashed out of the Champions League against Barcelona in the quarterfinals and suffered a blip in the Premier League which saw them finish outside the top four. Now 46-year-old has a big task on his hands as the summer transfer window approaches and Solskajer has admitted that there will be arrivals at Old Trafford.

However, with the arrivals, Solskjaer has also stated that the players that are not performing will be offloaded to raise funds. The Manchester United boss is now rumored to be selling the duo of Alexis Sanchez and Marcos Rojo in the summer after the two have been unable to impress on the pitch.

Sanchez arrived at United from Arsenal back in the January transfer window last season and is on a massive wage rate of £400,000 a week. The Chilean has barely featured for United this season, making only 17 league appearances and scoring twice across all competitions. His last goal came back in January in the FA Cup against his former club. His poor form is likely to see him move away from the red half of Manchester this summer.

Another player at the exit door at Old Trafford is Argentine defender Marcos Rojo, who hasn’t really featured a lot in recent times and will want to just move on with his career. The 29-year-old has been unable to cement a starting berth at Manchester United for quite a while now and even the United faithful want him out of the club.

Manchester United Received This Huge Offer For Paul Pogba; Should They...

Liverpool Eyeing Defender Tagged As The Next “Joel Matip”

Manchester United Youngster Is Now Wanted By Both Real Madrid And...