According to the latest reports, Premier League giants Manchester United have received a huge transfer boost in the pursuit of signing Ajax center-back Matthijs De Ligt in the upcoming summer transfer window, who is also wanted by fierce rivals Liverpool. The 19-year-old sensation has been the star attraction for a few top clubs in the European continent and even Barcelona are monitoring his situation closely.

Manchester United endured quite a torrid season which resulted in the club finishing in sixth place on the Premier League table. At the start of the term, the Red Devils sacked Portuguese manager Jose Mourinho after a run of poor performances and results and decided to appoint a familiar face in the form of Ole Gunnar Solskjaer to handle the reins at least until the end of the season. However, the Norwegian impressed heavily with the results and style of football. 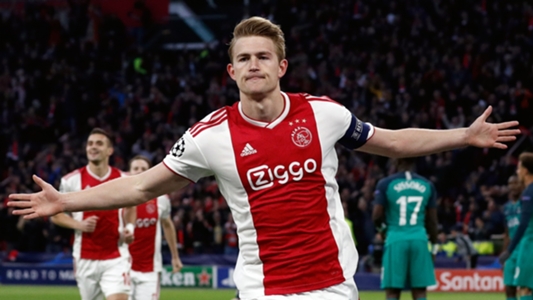 The 46-year-old former Manchester United forward guided the club into the quarter-finals of the Champions League after an impressive win over Ligue 1 champions Paris Saint-Germain. What made the progress even more impressive was the fact that Solskjaer overturned a 2-0 deficit from the first leg to go on and win 3-1 at the Parc des Princes.

United was even pulling together strong performances in the Premier League which brought them close to a top-four berth near the end of the season. But the final few months proved that Solskjaer has a massive task on his hands as most of the United players were not showing any courage and determination to fight for the badge. United was humiliated and knocked out by Barcelona in the Champions League quarter-finals but suffered a terrible slip in the Premier League as well. The final day loss to already relegated side Brighton and Hove Albion showed the amount of work that needs to be done with Manchester United and Solskjaer needs reinforcements in the summer transfer window.

One area on the pitch that United need to strengthen is their defensive line and the Old Trafford outfit are trying to rope in one of the most talented and finest players in the world by lining up a move for Ajax star defender Matthijs De Ligt. The teenage sensation captained his Dutch team to the semifinals of the Champions League but Ajax suffered heartbreak against Tottenham Hotspur in the final few seconds of the second leg tie.

De Ligt has been phenomenal over the last two years and looks set to leave the Johan Cryuff Arena in the summer with the big continental clubs calling. La Liga giants Barcelona and Manchester United are closely linked with signing De Ligt. However, the Camp Nou outfit is reportedly dropping their interest in the Netherlands star which has given Manchester United the advantage in the race.

Although United have a great chance of securing the teenager’s arrival there seems to be a major factor in the move falling apart as De Ligt’s agent in Mina Raiola, who has caused problems for Manchester United in the past.