According to the latest reports, Premier League giants Manchester United are looking to make a bid to sign Tottenham Hotspur midfielder Christian Eriksen in the upcoming summer transfer window. The Red Devils are eager to bolster their squad and compete for next season in order to bring back the glory days and need top recruits to achieve their goals.

The red half of Manchester has been quite a strange place to be this season. At the start of the term, Jose Mourinho was in charge of the club and he instilled a very defensive philosophy into the club. This wasn’t taken too kindly by the United faithful and with no results to back those poor performances, the ‘Special One’ was sacked in December. Manchester United then turned to a familiar face in the form of Ole Gunnar Solskjaer to handle the reins at least until the end of the season. 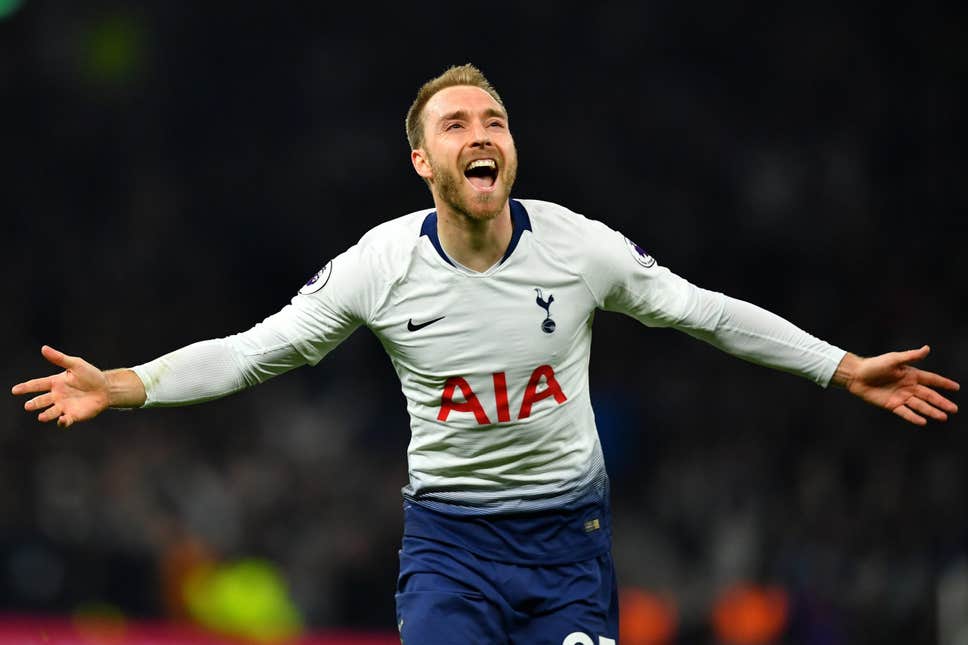 Norwegian was initially hired as a caretaker to stabilize the sinking ship at least until the end of the season but exceeded expectations at the helm. Solskjaer took Manchester United to the quarter finals of the Champions League in dramatic fashion after overcoming a 2-0 deficit against Ligue 1 giants Paris Saint Germain and then winning 3-1 at the Parc Des Princes to progress through to the next round. The English outfit also strung together a run of positive results in the Premier League and are now in contention for a finish inside the top four. These impressive displays and results allowed the United board to give Solskjaer the management job on a permanent basis and hand him a three-year contract.

But the results have not been the same ever since as United have lost seven of their last 10 matches across all competitions, including elimination from the Champions League against Barcelona. The Red Devils also suffered a blow to their top four dreams in the league and are now in an uphill battle in the final two games of the season.

Solskjaer is now aware that he has a lot of areas that he needs to rectify on the pitch if he wants to win silverware with United in the near future. One player who is rumored to leave Old Trafford in the summer is Paul Pogba and United need to find a suitable replacement for the Frenchman if he does exit the club.

Reports claim that Manchester United are now targeting Danish international playmaker Christian Eriksen in the summer and will rival La Liga giants Real Madrid for his signature. The Spurs midfielder has only 12 months on his current deal with the North London side and it does not look like he will sign an extension.

Eriksen has netted seven goals this season and also notched up 13 assists across all competitions but he wants to win trophies on a regular basis. Spurs have the chance to win the Champions League this season but if they don’t, they might be forced to sell their midfield maestro in the summer or risk losing him for free at the end of next season.