Solksjaer’s Manchester United is gunning for a commendable season this time out as the boss explains his transfer strategy. The Norwegian manager is in for a massive task to rebuild Manchester United and it required a decent start with fascinating transfer business this summer. The Red Devils had went for some cracking young British signing in the form of Aaron Wan-Bissaka from Crystal Palace and Daniel James from Swansea and now they have a massive defensive boost by grabbing Harry Maguire from Leicester, a long awaited move for £70m.
One thing in the transfer plans of United authorities is that they would not poach star personnel from other league or nation in this ongoing window like that they have done in the past seasons. Instead, the club from Old Trafford is relying on raw homegrown talents to build up a team that is so desperate to return back to their iconic identity.
Like the good old days in the Ferguson era, British players played a major role in making the club one of world’s best. Solskjaer is hoping for something similar from the summer additions leading up to the new season. It is clear that United is clinging on their old method to flourish in the Premier league. The gaffer too shed more light on the same in an exclusive interview with the club website. 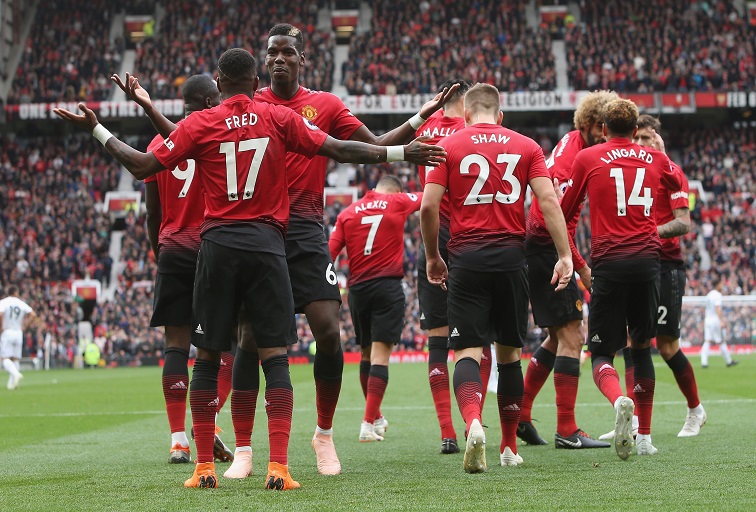 In his recent interview, the United boss talked about various aspects related to the team and told MUTV, “It is a long-term and it is a short-term project. You cannot just think three years down the line, so we have got short-term goals as well, of course.”
“I think we have been quite calm and good in the market as we have got the right people, and we are still working on a case or two.”
“I have got the backing and we have got the people we wanted, for now, and there will probably be some more business being done.”
Next, he demanded a true spirit from the players to end all disappointment of the last campaign and move forward with a clear objective in mind, which is to play solely for the shirt they are representing.
“At Manchester United, and in the Premier League, I have to say, you have to be at our best for long, long periods,” Solskjaer reminded. “You have got to be consistent. You can see the top two teams last season were so consistent.”
“To have the pre-season together and lay down the foundations and principles to get the fitness, the tactics and the mentality right, and to get the team gelled as one, is important.”
With Maguire and Wan-Bissaka in the squad, it is hopeful that United will improve defensively. This is something that is haunting the club ever since Ferguson stepped down as manager. Daniel James has also arrived to bring swiftness to attack as well. Collectively speaking, United are all looking positive to administer a successful campaign, one that may not provide trophies just yet but will promise exciting football.

Breaking: The Latest Update On The Future Of Liverpool Star Marko...

Arsenal 2-2 Tottenham; An Analysis Of What Went Right And Wrong...