According to the latest reports, Manchester United midfielder, Nemanja Matic has revealed that he would now like to turn his attention at trying to finish in the top four with the Red Devils after elimination from the FA Cup against Wolverhampton Wanderers.

It was a torrid time for Manchester United fans at the start of the season when Jose Mourinho was in charge of the club. The Portuguese manager instilled a very defensive philosophy into the club and it was something that the United faithful were not used to seeing from their team on a regular basis.

With stale football and no results showing improvement, the writing was on the wall for Mourinho. A humiliating 3-1 loss against fierce rivals Liverpool back in December was the final nail in the coffin for the 56-year-old and just days later the Manchester United parted ways with Mourinho.

A former face in Ole Gunnar Solskjaer was appointed to take care of the club and stabilize it until the end of the season at the very least. The Norwegian however, has worked wonders in his short spell so far with the club. Solskjaer has got Manchester United competing for a top 4 berth on the Premier League table, something that seemed unlikely under Mourinho’s reign. A dramatic win against Paris Saint Germain in the Champions League looks to have guaranteed Solskjaer the job on a permanent basis as United overturned a 2-0 deficit to win 3-1 at the Parc Des Princes to qualify for the quarterfinals of the tournament.

With that being said, despite a really positive run of results, United came crashing down to reality when Arsenal knocked them of the fourth spot last week. The Red half of Manchester also suffered a 2-0 defeat against Wolves and was hence dumped out of the FA Cup.

However, after these two major losses, Serbian midfielder Nemanja Matic insists that United will keep fighting for a Champions League spot after the loss against Wolves at the Molineaux Stadium. 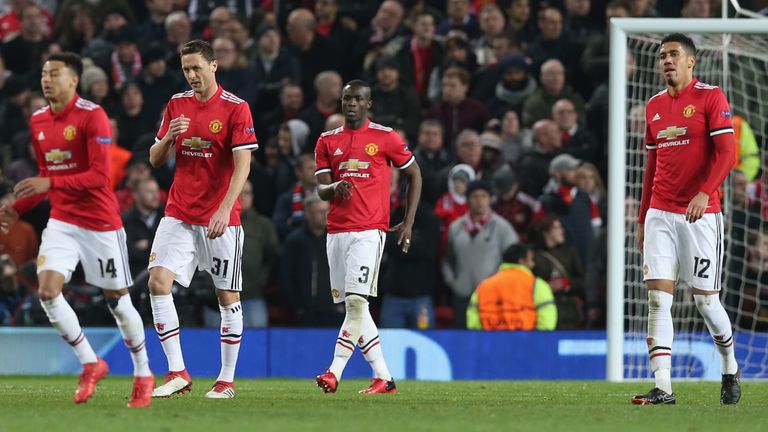 Fifth place United have just one point separating them from Arsenal and Matic wants to make sure that the Red Devils do not slip up anymore this season, “We have to give our best now to reach the top four. We cannot let it go like this. We are not happy with the game. We will analyze everything. There is a lot to play for. We have eight games to play in the Premier League and we are fighting for the top four.”

The 30-year-old United star added, “We have the Champions League as well. We will see what we are able to do and how much quality we have. We have to learn from this type of game. Chelsea, Arsenal, and Tottenham will give their best to be in the top four. Everybody knows that. If you see two months ago we were 11 points behind Chelsea and now we are in a much better position.”

With just eight games left in the Premier League this season, the race for the top 4 is getting very intense and it will tough to predict which two teams will claim the final spots, with four teams potentially competing for those spots. Chelsea lost 2-0 to Everton recently at Goodison Park, while Spurs themselves have been out of form, which has handed their rivals the advantage at present.

Confirmed: Update On The Future Of This Manchester United Main-Man