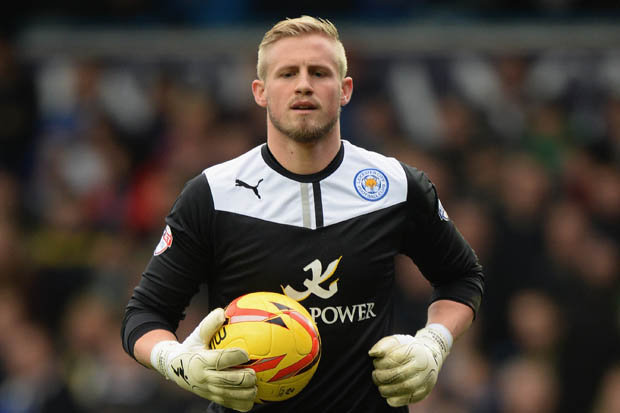 Recent reports have suggested that goalie Kasper Schmeichel is currently on the radar of Manchester United and Manchester City as well, as the duo look to add more quality stars to their current side. The 30 year old star is really in high demand now, after he dumped Kenny Shepherd, his long-term agent and the two clubs are looking to pick up on the scraps left behind from this rift.

The Leicester City goalkeeper has emerged as a prime target for the Premier League powerhouses, who are still searching for a new man between the sticks with David De Gea’s future uncertain and Pep Guardiola’s keeper options looking shaky, despite the addition of Claudio Bravo at the Etihad.

The Dane keeper is also the son of Manchester United legend Peter Schmeichel, however he also spent time in Manchester City’s academy for a brief period in goal for their first team before eventually leaving for Notts County.

Schmeichel was a key member of the Leicester City squad that stunned the footballing world by winning the English Premier League in the 2015-2016 season.

It would not be easy for the two clubs to sign the Leicester star considering he is their first choice keeper in goal.

United manager Jose Mourinho has also kept his options open with a former Manchester City keeper in Joe Hart, who could return to England if De Gea moves to Madrid next summer.

Pep Guardiola would try and lure Schmeichel to Manchester City if they are unable to make an impact in the transfer window.

Wow! Is Another Swap Deal On The Cards For Manchester United?