Star Manchester United forward has admitted that he is desperate to link up with his compatriot Jadon Sancho at Old Trafford next season. The 20-year-old Borussia Dortmund sensation has been long linked with a move to the red half of Manchester. He is also wanted by their fierce rivals, Chelsea. Rashford is already looking forward to creating a formidable partnership with the youngster.

The striker made the plea on Instagram Live as he confirmed his desire to form a deadly front three at the Theater Of Dreams with Sancho and Anthony Martial. Fans flocked on social media to bombard the English international with questions on Wednesday afternoon. One supporter asked the 22-year-old if he is excited by the prospect of playing in a front three with Martial and Manchester United transfer target Sancho.

Rashford certainly didn’t disappoint the fan as he made it abundantly clear Sancho is more than welcome at Old Trafford. The fleet-footed forward said: “It would be good, Sancho’s a great player and he is like a new generation player. It is definitely exciting to watch him become the player he is becoming. Hopefully, we can all play together, that would be good. He plays off the cuff, he has creative and imaginative, these are the things you need to be world-class.”

United Have An Advantage?

It is understood that the Red Devils are anyway leading the chase for the former Manchester City academy graduate. Chelsea is also believed to be in the race whereas Liverpool has reportedly dropped their interest. They do not want to spend an amount of around £95m for the promising winger.

Dortmund has even admitted they will not stand in Sancho’s way if he decides to return to England this summer but they have made it clear that they will not drop their asking price.

However, the Red Devils signing Sancho could mean that they would see them lose out to Dortmund in the race for Birmingham’s 16-year-old midfielder Jude Bellingham. The player is regarded as one of the biggest teenage talents right now. He is likely to cost around £40m and it is understood that Borussia Dortmund is his preferred destination.

The Manchester-based side has been looking for more quality stars. They are keen to sign new players and win titles. Keeping that in mind, they could look at Sancho and a few top stars to sign. 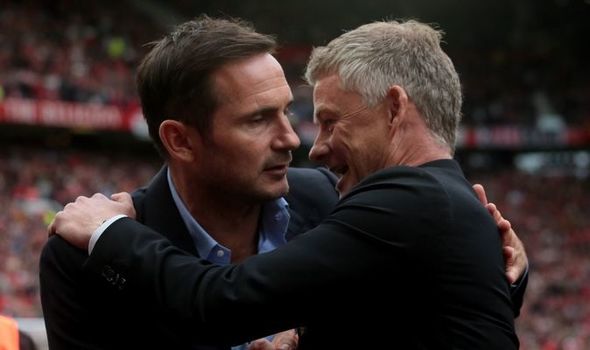 Alexis Sanchez could be one player set to leave Old Trafford if the club can find a buyer. In case that happens, Solskjaer and co. will need more quality attackers. They will be hoping to bring these stars in the summer transfer window.

However, due to the Covid-19 outbreak if the season does get cancelled, United may not be in the Champions League next term. With that being said, this could be a decider factor for a lot of things. Players may sign or reject the club keep these things in mind.

If United can convince a top player like Sancho, then great. Else, they will have to look for alternatives and Chelsea might capitalize. One thing is for certain. They surely do not have any kind of monetary issues at present.