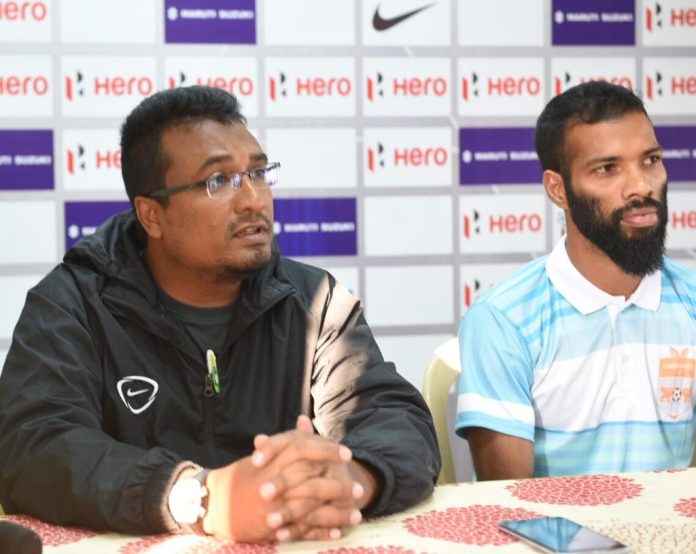 On the other hand, Indian Arrows have finished in the last position with 15 points in their bag. Under the management of Floyd Pinto, Indian Arrows will try to put up a strong challenge to the other teams in the I League in this season.

Previous Head To Head Meeting Between The Two Sides:

The previous meeting between these two sides has ended with a scoreline 0-0.

The match will start from 5 pm on Friday. It will be telecasted in Star Sports Network and the people can also view this match in Hotstar.

The new head coach of Chennai City FC, Akbar Nawas sounded really confident ahead of the match against Indian Arrows in the I League opener. He told,

” It’s a new beginning. Last season is over. Indian Arrows is a dangerous side. But we’ll have to very mindful. We are prepared mentally, physically, tactically. Now we have 4 Spaniards adding strength to the team. ”

When asked whether the team will miss the local star Soosairaj, the coach answered affirmatively,” Soosairaj is a miss to be honest. But we are prepared because we have many Soosairaj is our “

The head coach of Indian Arrows, Floyd Pinto is also looking to start the new season with a positive manner. He stated,

” Even though results didn’t favour us, no team had a easy game against us. We as a team are confident that we can do well this season ”

” We played a very hard fought game last season when we met CCFC in Coimbatore. Also the Turf here is better than last season. We are team full of young players. We look for a intense game. “

Players To Watch Out For :

Chennai City’s new signings and additions have all gelled well together. The Spaniard Pedro Manzi Cruz have already showed what a lethal striker looks like. Meanwhile, Sandro Rodriguez provides unconditional support in the midfield for Chennai City FC. The home grown players like Pravitto Raju and Ajith Kumar have hit the ground running as well. Infact, Chennai City has around 15 home grown Players in the squad for the first time in the history of Indian Football.

Indian Arrows are without many of their players from last season. But their Head coach Floyd Pinto has made sure they have a formidable squad by adding the likes of Vikram Pratap Singh, Aman Chhetri to their squad. Gill will be playing as the Goalkeeper of Indian Arrows. He will be the player to watch out for the viewers.